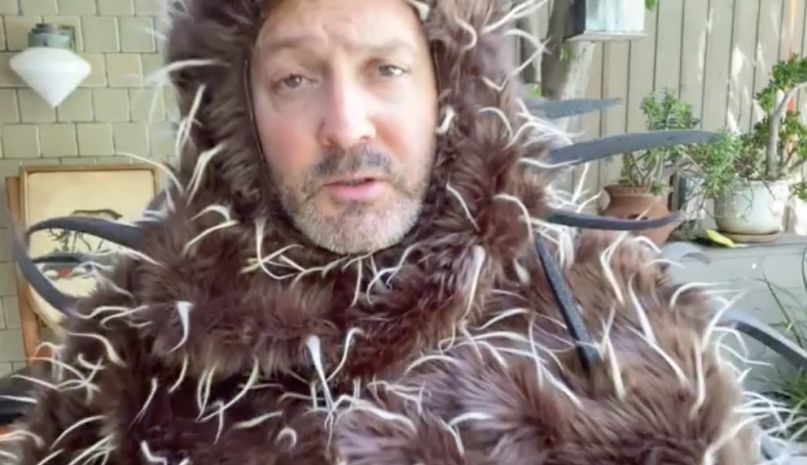 It’s been 25 years since “Porcupine Racetrack” and The State has reunited to celebrate. Seeing how we’re all stuck in quarantine, though, the members recorded each of their parts remotely, and the end result is nothing short of spectacular.

All told, it’s about three minutes of pure comedic bliss, but also just a testament to how clever and skillful these guys have always been. After all, it’s not exactly a cakewalk to string together all of this talent in person let alone over the Internet. Marvel at their wizardry below, and then revisit the original version that aired today on MTV back in 1995.

It should be noted all episodes of the original run are currently streaming on Amazon Prime. You can also catch several members in the forthcoming reboot of Reno 911 when it premieres May 4th on Quibi. Or, revisit those Stella Shorts online for a heart attack.