Ad-supported preview will include early viewings of late night shows and 15,000 hours of TV and films 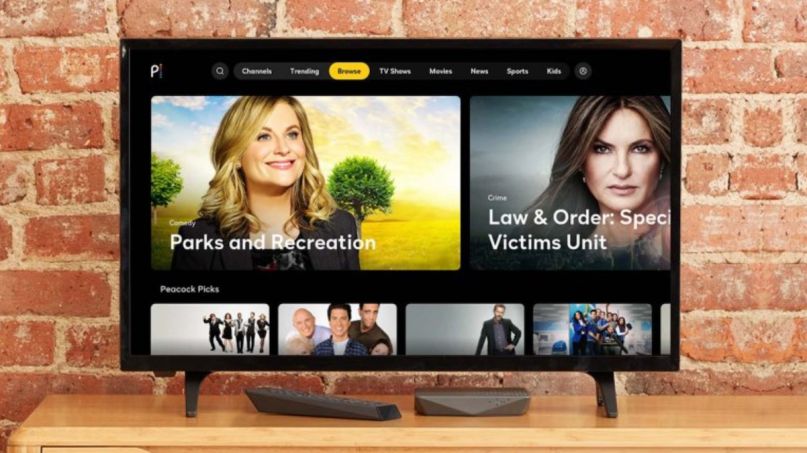 With pretty much everyone at home looking for ways to stay entertained, you’d think it would be the perfect time to launch a streaming service. Mobile-based Quibi was the first to fortuitously capitalize on the streaming video uptick, and now NBCUniversal’s Peacock will have its shot.

NBCU is following through with its plans to launch a free preview of the new service via its Comcast Xfinity cable provider. Rollout to Comcast X1 and Flex customers will begin on April 15th. The ad-supported streaming app will be integrated directly into the X1 and Flex experiences, according to The Hollywood Reporter.

Peacock’s library includes 15,000 hours of television and movies, such as classics from NBC’s catalog like 30 Rock, Parks and Recreation, House, Frasier, and all the Law and Order series. Universal films like Jurassic Park and Schindler’s List will also be available. Perhaps most intriguing is early access to late night programming like Jimmy Fallon and Seth Meyers, as well as the full Saturday Night Live archive.

What won’t be present, however, are things like The Office and most of Peacock’s new, original programming. The former is tied up on Netflix until 2021, and production on the latter has been hampered by the coronavirus pandemic. Kid-friendly cartoon shows like the new Where’s Waldo? and Cleopatra in Space will have to suffice for new content for now.

NBCU is trying to look on the bright side of this, hoping that  the addition of The Office and original content down the road will actually play to their benefit. “What was postponed in 2020 will come back to us even bigger in 2021 when Peacock will arguably be hitting its stride,” said chairman of Peacock and NBCU Digital Enterprises Matt Strauss. Executives will surely be betting on it, as the postponement of the Tokyo Olympics robbed them of a major event tied to their wide launch on July 15th.

That said, Strauss told THR that Peacock is already looking into developing programming that can be created during social distancing. They’re even hoping to attract talent with newly free schedules who are looking for work while they await a return to normal production.

As far as a user experience, Peacock will look to blend standard TV watching with the on-demand streaming consumers have become used to. Launching the app will immediately begin playing content, which will become personalized as Peacock learns users’ preferences. There will also be channels and playlist geared towards specific moods, genres, or preferences, such as live news or clip-based “water cooler moments.”

The free version of Peacock will be ad-supported, with no more than five minutes of ads per hour. Peacock Premium will launch at a price tag of $4.99 a month with ads and $9.99 without. The Premium advantage allows exclusive next-day access to currently airing shows, as well as current seasons of shows like Law & Order: SVU, Blindspot, and Chicago P.D.

As of now, a nationwide launch of Peacock is set for July 15th, though Strauss said the rollout may be pushed up to capitalize on shelter in place orders.