"Once the lockdown lifts and it is safe, we will be ready to rock ASAP" 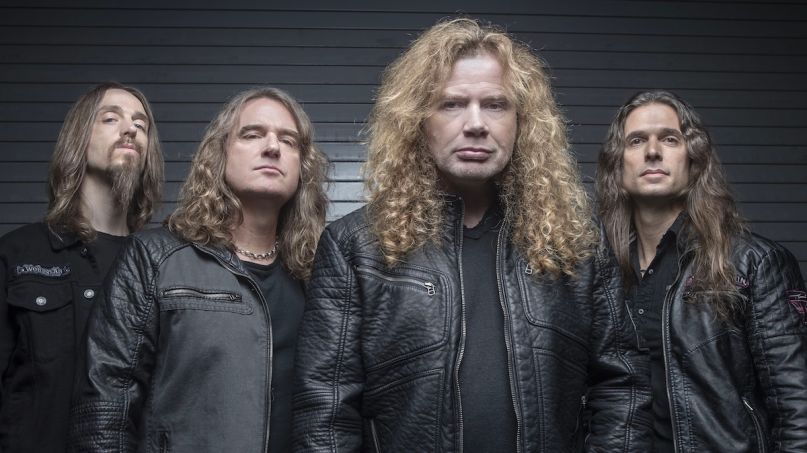 Megadeth have an entire new album written, but the band members can’t get together to properly record the songs due to the COVID-19 pandemic, reports bassist David Ellefson.

The thrash titans completed most of the writing last year, and were set to hit the studio in late March to record the album, but social distancing measures have put the process on hold. When it’s finally completed, the LP will serve as the follow-up to Megadeth’s 2016 album, Dystopia, which earned the band a Grammy win for its title track.

Ellefson told The Metal Voice, “We have been working on it, it’s written and ready to be recorded. We were going to start recording it toward the end of March but of course COVID-19 happened. We were going to go to Nashville and start cutting tracks for the album but with everything shutting down we obviously had to postpone. Once the lockdown lifts and it is safe, we will be ready to rock ASAP.”

The bassist added, “I think it’s a great record, it’s very heavy with a lot of fast thrashing stuff. There is a vibe that feels very cohesive between the four members as we all worked on the album together. We spent a lot of time as a band. Last summer, before Dave [Mustaine]’s throat cancer treatments, we were all working on the album and that added a whole different angle to the flavor of the record — that’s how we used to make all our early albums, writing, pre-production and rehearsing together.”

Regarding the direction of the new album, Ellefson remarked, “We have everything from that thrashy stuff from Killing Is My Business and Peace Sells, to the more refined moments of Youthanasia and Cryptic Writings. So I think the album’s going to have a little bit of everything, so that is good news for Megadeth fans.”

In the meantime, Ellefson has been doing his part to contribute to coronavirus relief efforts. He has spearheaded a new initiative that will see notable metal artists providing free one-on-one mentoring sessions with music students via video links. And he released the new single “Simple Truth” with proceeds going toward COVID-19 relief.

Listen to David Ellefston’s full interview with The Metal Voice below.