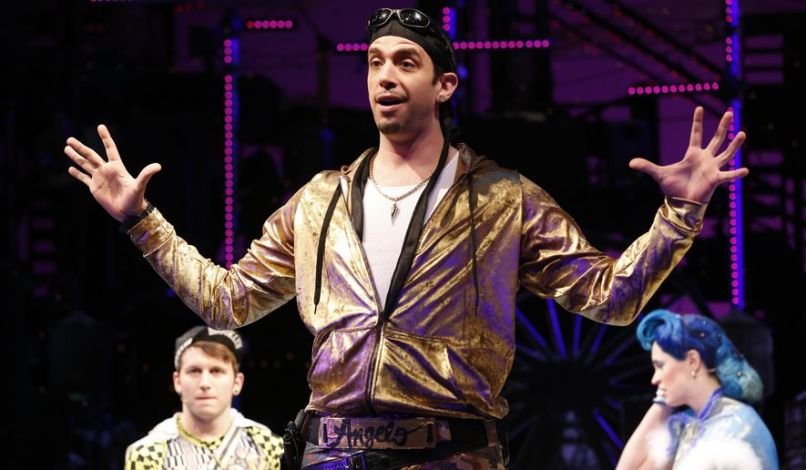 Broadway actor Nick Cordero recently had his right leg amputated due to complications from the coronavirus.

Cordero, 41, has spent nearly three weeks in the ICU at Cedars-Sinai Medical Center in Los Angeles after testing positive for COVID-19. Unfortunately, while in the hospital, Cordero developed clotting issues in his right leg. Doctors gave him blood thinners, but the treatment caused internal bleeding in his intestines.

“We took him off blood thinners but that again was going to cause some clotting in the right leg. So the right leg will be amputated,” Cordero’s wife Amanda Kloots explained in a post to Instagram. The surgery took place on Saturday.

In a follow-up post, Kloots said Cordero “made it through the surgery, which is really big because obviously his body is pretty weak. Hopefully he’ll just kind of relax and rest.”

After a lengthy incubation, Cordero seemed to take a turn for the better earlier in the week as doctors took him off an ECMO.

“The doctor said for Nick’s heart and lungs right now they are in the best condition that they could be,” Kloots wrote at the time, but added that doctors were “taking a look into his right leg” after noticing clotting issues.

To assist with the cost of his care, a GoFundMe page has raised nearly $300,000.

Cordero is an accomplished Broadway actor, who earned a Tony nomination in 2014 for his role as Cheech in Bullets Over Broadway. He’s also appeared in productions of Waitress, A Bronx Tale, and Rock of Ages.