The three departing musicians are forming their own band called Obsidious 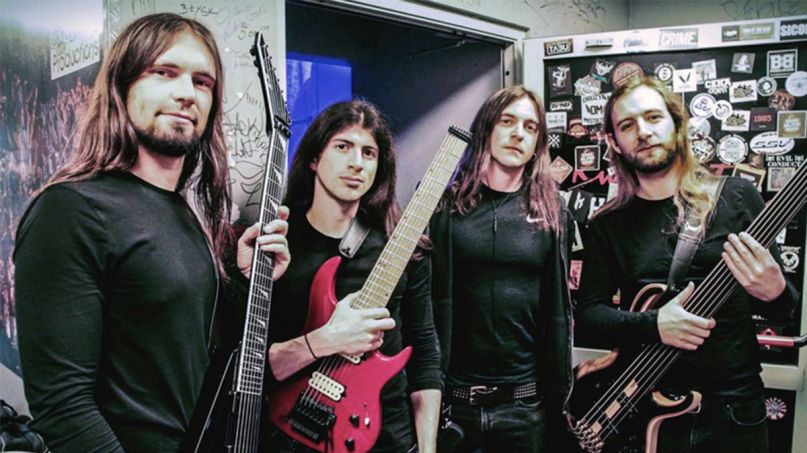 German technical death metal quartet Obscura have announced that three of their four members are leaving the band due to “musical differences.”

The split appears to be amicable and based on artistic direction, as guitarist Rafael Trujillo, bassist Linus Klausenitzer, and drummer Sebastian Lanser will continue playing together with their new group, Obsidious. Meanwhile, guitarist/vocalist Stephen Kummerer remains Obscura’s only consistent member since the band’s formation in 2002.

Each member offered a statement in a Facebook post on Obscura’s page, expressing gratitude and hope for future endeavors. Kummerer wrote:

“Firstly, I would like to thank our former members Rafael Trujillo, Linus Klausenitzer and Sebastian Lanser for their dedication during the last years. Now, 2020, a new chapter for OBSCURA begins with entering Woodshed Studios this Summer to produce our sixth full-length record, and the first album for our new label Nuclear Blast. The new lineup will be revealed shortly.”

It’s not the first time Obscura have seen major lineup changes, with Kummerer using a “revolving door” approach to the band’s personnel.

Klausenitzer had the longest stint in the band, joining in 2011, while Lanser and Trujillo joined in 2014 and 2015, respectively. That lineup produced two albums — 2016’s Akróasis and 2018’s Diluvium. “No one except Steffen has been in the band longer than I have, so you can imagine that this was not an easy decision for me,” remarked Klausenitzer. “However, for us, this is the beginning of a musical journey that I’m sure you will enjoy.”