His first video provides a glimpse of his quarantine life 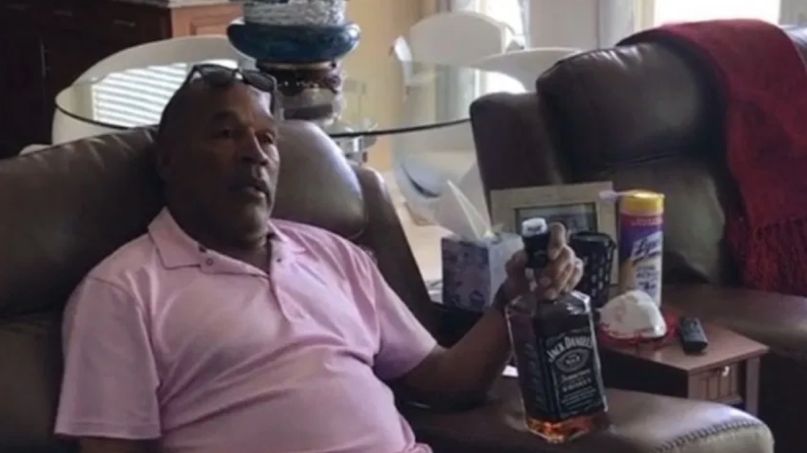 There’s a lot of strange things that have happened following country-wide quarantine orders. Perhaps the most unexpected, though, is what occurred this past Friday: O.J. Simpson decided to join TikTok.

The retired NFL star and accused murderer uploaded his first-ever TikTok video this past Friday, notes Complex, to an account called @oj32simpson. He used the clip to show what he’s been doing during the coronavirus pandemic — a burning question we all needed an answer to, really — and makes a few self-aware nods during it.

In the clip, O.J. Simpson can be seen watching TV, playing indoor golf in his living room, exercising while sitting on the couch, polishing a picture of himself with Bill Clinton, color-coding his shorts, practicing his golf swing in the backyard, and finally succumbing to a big bottle of Jack Daniels. The footage is set to the popular fan-made parody song “Bored in the House.” Watch it below.

It looks like Simpson is eagerly keeping up with pop culture whenever he can. He recently took to Twitter to call out the cast of Tiger King and accuse Carole Baskin of killing her husband. “There’s not a shred of doubt in my mind that lady’s husband is tiger sashimi right now,” he said. “I’m just saying!”

Of course, Simpson knows a thing or two about getting away with murder and keeping your lips zipped. Even Sacha Baron Cohen couldn’t coax a confession out of him when he tried. Now, the world will have to keep on pondering about it while Simpson goes about keeping up with the kids on TikTok.

OJ Simpson is on Tik Tok…I've officially seen it all pic.twitter.com/GQNuEvt3W6