Patti Smith Sings to Johnny Depp For His Birthday: Watch 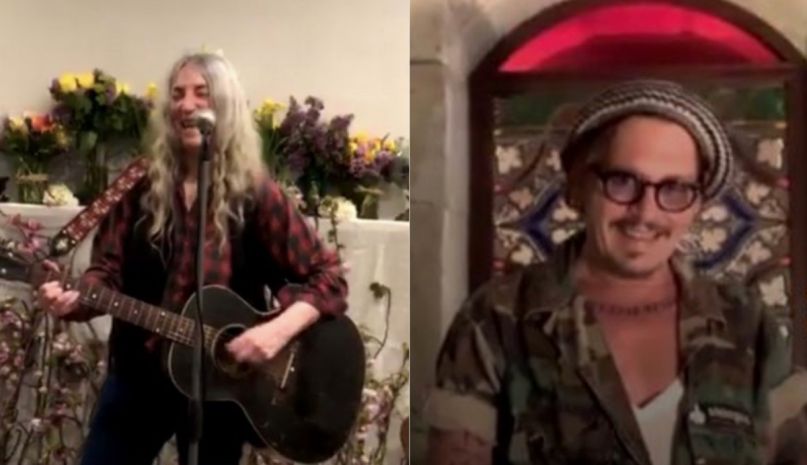 Stipe performed his new solo single “No Time For Love Like Me Now”, Depp covered John Lennon’s “Working Class Hero”, Cat Power played version of The Rolling Stones’ “(I Can’t Get No) Satisfaction” and Bob Dylan’s “Kingsport Town”, and Flea jammed out on his bass.

Patti Smith got the most time on screen, as she read several poems and played five songs, often with he backing of her daughter Jesse Paris Smith. At one point, she performed “Nine”, a song she wrote for Johnny Depp’s birthday, as Depp himself watched on. Her setlist also included “Grateful”, “My Blakean Year”, “Because the Night”, and “People Have the Power”.

Watch video recordings of the livestream below.

Patti Smith wrote a song for Johnny Depp’s upcoming birthday and this is all that matters because he deserves all the love and support 🕯🖤🙌🏼 pic.twitter.com/duX0u9PJAM

Patti Smith singing NINE, a song she wrote around 2009 for Johnny's birthday. It was released in her studio album Banga.