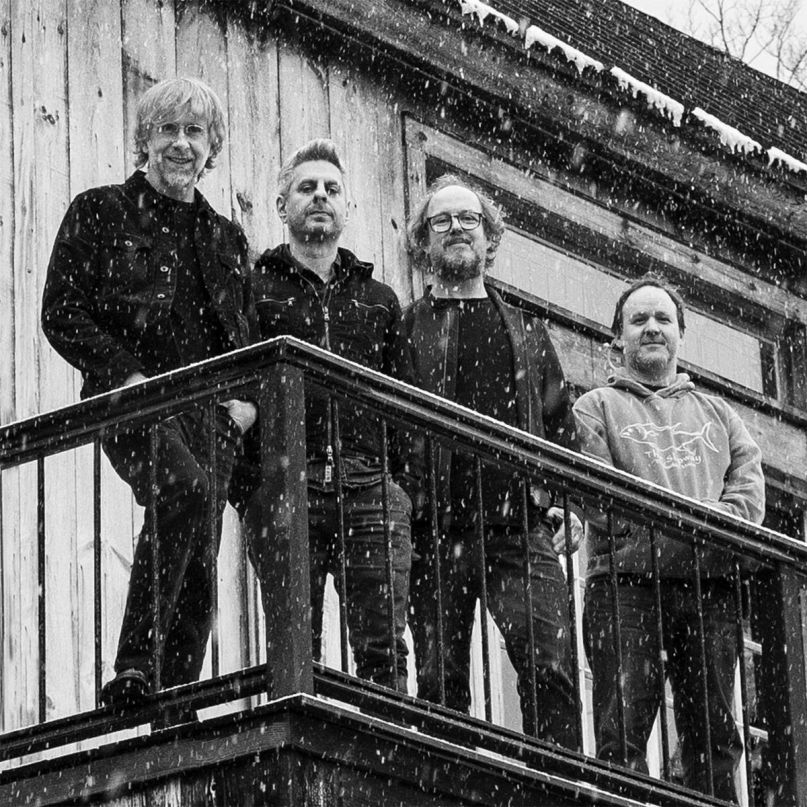 The nine-track LP was initially premiered by the band during a livestream on Monday night. It was also broadcast live on on SiriusXM’s Phish Radio station (which is currently free through May 15th).

Spanning nine tracks, Sigma Oasis was recorded over the course of just seven days this past November at frontman Trey Anastasio’s barn in Vermont. Engineer Vance Powell put the finishing touches on the new album only last week.

In a lengthy note announcing the album, Phish said they never intended to record a new album when they made their way up to Anastasio’s barn last fall. “We were headed up to The Barn to rehearse for our fall tour and ended up discussing this batch of relatively recent songs that we were particularly proud of and always wished we had recorded, but hadn’t had a chance to yet.”

The band opted to record the album in the spirit of a live concert, explaining: “We set up the gear with no room dividers, no click tracks. Nothing. Just like a Phish show. Open space. We played for a couple days. We just played a bunch of songs — very quickly, a few takes, very organic, natural, live, honest. We had the best time.”

“When we recorded the album, we didn’t plan to release it this way,” the band added. “But today, because of the environment we’re all in, it just feels right. We don’t know the next time that we’re all going to be able to be together. This is an opportunity to have a moment where the Phish community can share something despite being physically separated.”