Unfortunately, the band's new album, Ultimate Success Today, is being delayed due to the coronavirus 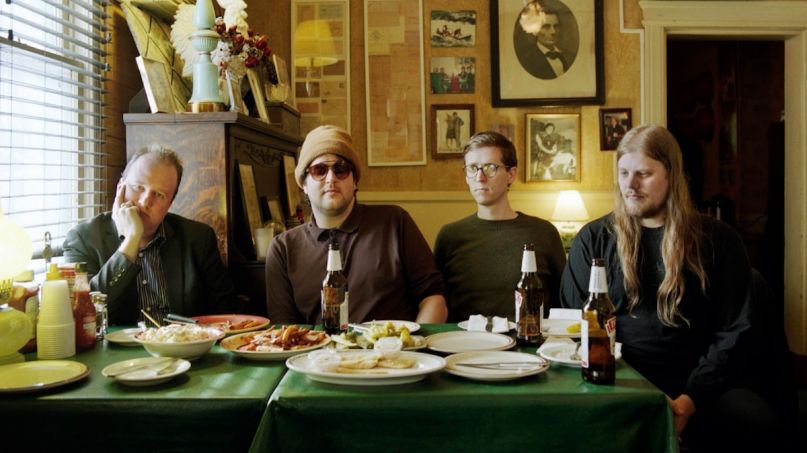 Protomartyr are back wither another preview of their upcoming album, Ultimate Success Today. Check out “Worm in Heaven” alongside its stirring music video below.

This is the second track we’ve heard from the new record, following lead single “Processed by the Boys”. Based on the two, it sounds like Ultimate Success Today will be comparatively more relaxed than their previous album, 2017’s Relatives in Descent. “Worm in Heaven” is relatively low-key and mellow, following a slinky guitar line while singer Joe Casey reflects about how close he is to heaven’s gates.

In the song’s music video, directed and photographed by Trevor Naud, various stills are compiled back-to-back to tell the story of a subversive experiment. “The idea is a sort of dream chamber that has lured its creator into a near-constant state of isolation,” Naud said in a press release. “She lives out her days trapped as the sole subject of her own experiment: the ability to simulate death. It is like a drug to her. Everything takes place in a small, claustrophobic environment. With soft, yet sterile visuals. Perhaps a strange combo to reference, but imagine the cover of the Rolling Stones’ Goat’s Head Soup and the character of Carol White in Todd Haynes’ 1995 film Safe.”

Sure enough, the video begins with a series of bland yet intriguing shots: natural light shining through a window, a tray of oranges, wires trailing down a staircase, a TV and fan encased in plastic wrap, a gold cross necklace curled up, white socks soiled in dirt. Once we get a wide shot, though, it’s clear there’s a person caged in a plastic room while hooked up to fluid nutrients like water and vitimin C. Someone else is in the house filming them on a camera. Needless to say, it’s pretty stark, unexpected, and weirdly moving. Watch it below.

Unfortunately, “Worm in Heaven” will have to tide fans over for a while, as the band has pushed back the album’s release from May 29th to July 19th because of the coronavirus. Originally, Protomartyr planned to tour extensively this spring and summer in support of Ultimate Success Today, but those plans, too, have been scrapped due to the pandemic. Ticket buyers should seek refunds at the point of purchase.