Puddle of Mudd Singer Responds to Criticism Over Nirvana Cover: “Toxic People Are a Waste of Time”

Wes Scantlin: "Rise above others who try and take you down... I'm at my best now" 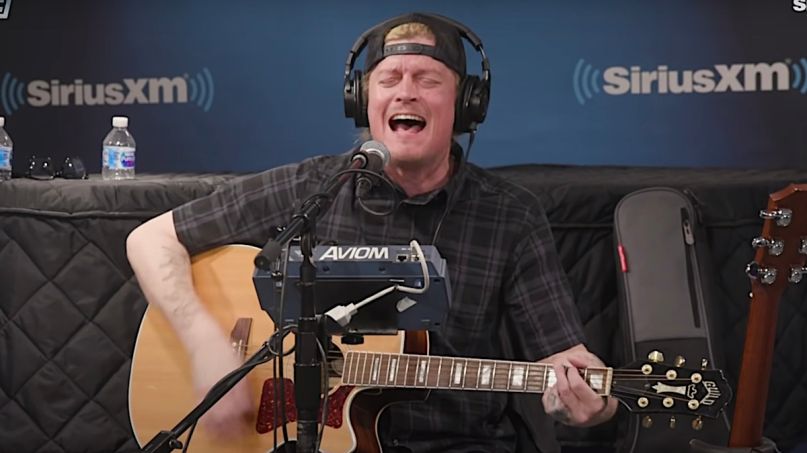 Puddle of Mudd are making headlines for a recent cover of Nirvana’s “About a Girl” that featured a universally panned vocal performance by singer Wes Scantlin. Now, the post-grunge band and its frontman are lashing back at its critics, declaring that “toxic people are a waste of time.”

The acoustic performance of “About a Girl” for SiriusXM was uploaded in January, but only recently started to go viral after media outlets picked up on the now unlisted YouTube clip. Scantlin’s voice cracks repeatedly as he painfully struggles to hit the notes, and he is off-key throughout as the rest of the band powers through the Nirvana classic.

Comments on YouTube are brutal, with one saying, “Kind of sounds like Kurt Cobain… if he was being sodomized with a cactus,” and another adding, “When you think 2020 couldn’t get any worse… you find this exists.”

In a post on Instagram, Puddle of Mudd and Scantlin fired back at critics, writing the following:

“Rise above others who try and take you down… I’m at my BEST NOW… and that’s all that matters. I pray for all of you because we care. Jealousy is toxic, and toxic people are a waste of time. We walk away with nothing but a SMILE.”

Scantlin is referencing his troubles over the past decade, during which he was arrested numerous times. Last year, as Puddle of Mudd released Welcome to Galvania, their first new album in 10 years, Scantlin insisted that he turned over a new leaf, and left his troubles behind him.

Puddle of Mudd have had five No. 1 rock singles, including early 21st century staples “Blurry” and “She Hates Me”, among a bevy of Top 10 hits — so ultimately they likely will “walk away with nothing but a smile.”

While the “About a Girl” performance is dreadful, out of fairness, we’re including some of Scantlin’s earlier Nirvana covers below, as well. Among them is a performance of “Come As You Are” with the all-star covers group Camp Freddy in which he closely mimics Cobain’s voice.