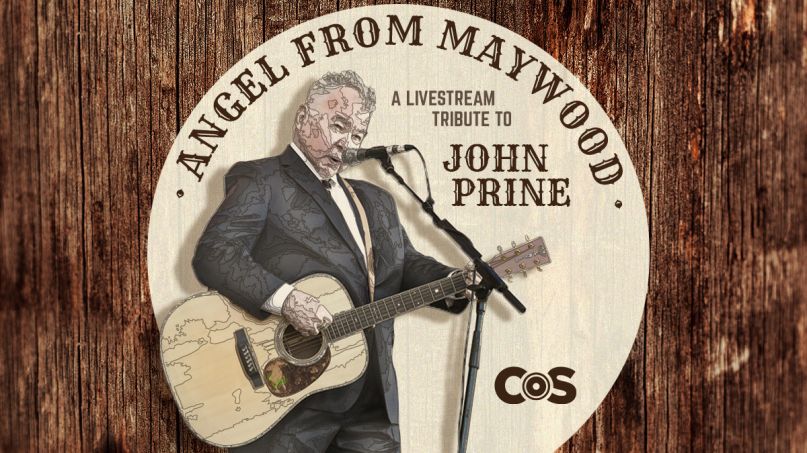 Angel from Maywood: A Livestream Tribute to John Prine

With all tours and events grounded because of the coronavirus, artists have been using livestreaming to stay close to their fans. Today, Consequence of Sound proudly presents a John Prine tribute livestream featuring Warren Haynes, Grace Potter, Norah Jones, Colin Meloy, and more.

“Angel From Maywood: A Livestream Tribute to John Prine”

Consequence of Sound is proud to present “Angel from Maywood: A Livestream Tribute to John Prine”. Taking place live on our Instagram this Saturday, April 11th beginning at 2:00 p.m. EDT, the benefit event will feature cover performances from friends, collaborators, and those influenced by Prine, including Warren Haynes, Grace Potter, and Norah Jones. Also participating are The Decemberists’ Colin Meloy, The Head and the Heart, John Darnielle of The Mountain Goats, Kevin Morby, Sara and Sean Watkins of Watkins Family Hour, Lake Street Dive, The Lone Bellow’s Zach Williams, Marcus King, Karen Elson, Valerie June, Erin Rae, and many more.

Proceeds from the festival benefit MusiCares COVID-19 relief fund and No Kid Hungry.

CoCo Rosie members Bianca Casady and Sierra Casady, signing on from France and the West Coast, respectively, will play live on Instagram.

This Saturday, April 11th, Martin Garrix will treat fans to an exclusive live set coming straight from his rooftop in Amsterdam to your home. From 1:00 p.m. EDT, people from all over the world are able to watch the set on Garrix’s YouTube page.

During the stream Garrix will showcase a brand new live set which will include numerous exclusive IDs, some from Garrix himself and others forthcoming on his STMPD RCRDS imprint, as well as some of his biggest hits.

The goal of the event is to help doctors, nurses, and other essential workers in New Orleans on the front line of the COVID-19 epidemic by raising money to purchase and deliver lifesaving Personal Protective Equipment (PPE) for area hospitals and clinics. PPE includes N95 masks, surgical masks, gowns, gloves, and sanitization products, which are critical to ensuring the safety and well-being of the frontline workers in New Orleans.

Hayden Thorpe of Wild Beasts is playing the band’s album Diviner in full at 3:00 p.m. EDT on Instagram.

Today’s performance is of Charles Bradley in 2017.

Jesse Malin’s “The Fine Art of Self Distancing”

Jesse Malin’s Saturday livestream series “The Fine Art of Self Distancing” will continue April 11th at 4:00pm EDT with an all covers set.

“Oh Say Can You Stream”

More than 50 musicians and actors are on board for the 9+ hour livestream, which will raise funds for COVID-19 relief and the recently announced “SCHOOL’S OUT” initiative, providing online lessons, instruments and gear to students quarantined at home. It will feature appearances and performances from members of Megadeath, Alice Cooper, Zac Brown Band, and Run DMC, as well as Drake Bell, Seinfeld’s Larry Thomas, Walking Dead’s Lew Temple and many more.

“Noisey Night In” will feature acts including Margo Price, Open Mike Eagle, Twin Peaks, Beabadoobee, Black Lips, Diet Cig, and more to be announced performing sets from the comfort of their own homes. All proceeds from the livestream will go to Sweet Relief Musicians Fund, which is giving money to help with medical expenses, lodging, clothing, food and other vital living expenses to music industry workers and artists dealing with sickness or a loss of steady work.

“Angel Olsen’s Still At Home: An Evening of Songs on Piano and Guitar”

Angel Olsen has announced “Still At Home: An Evening of Songs on Piano and Guitar”, a ticketed, full set livestream that will take place this Saturday, April 11th at 6:00 p.m. EDT. Tickets (which can be purchased here) are $12 in advance, $15 day of show, with proceeds going to the MusiCares COVID-19 Relief Effort and to Angel’s touring band and crew. Ticket buyers will have 24 hours after initial air time to view the show.

Open Pit and Anamanaguchi have announced the “Nether Meant Festival,” an evening in the video game Minecraft, featuring virtual performances by American Football, Anamanaguchi, and more to benefit Good360.

Ben Folds will take fan requests and play cover songs from his apartment in Sydney, Australia. “Request to your hearts desire during the live chat, and understand that there’s no science to it. When I notice one I can play, I’ll just launch into it!” he says.

“At Home with Farm Aid”

Wu-Tang Clan’s RZA and DJ Premier will square off in a DJ battle streamed live on Instagram.

Blossoms will host a live stream on Twitch and YouTube, during which she’ll preview her new EP, Mind Games.

For the duration of social distancing/quarantine practices in the U.S., Diplo will livestream DJ sets from his house five nights per week. The streams will be themed in line with Diplo’s interests: “A Very Lazer Sunday”, paying homage to his group, Major Lazer’s, dancehall and reggae roots airing Sundays at 7:00 p.m. EST; a mixed-bag “Ronatronix” set Tuesdays at 10:00 p.m. EST (the name a throwback to the iconic Hollertronix parties that launched his career); country-flecked variety show “The Thomas Wesley Show Thursdays” at 10:00 p.m. EST; ambient “Corona Sabbath Fridays” at 10:00 p.m. EST; and a good, old fashioned “Coronight Feve”r rave Saturday nights at 11:00 p.m. EST.