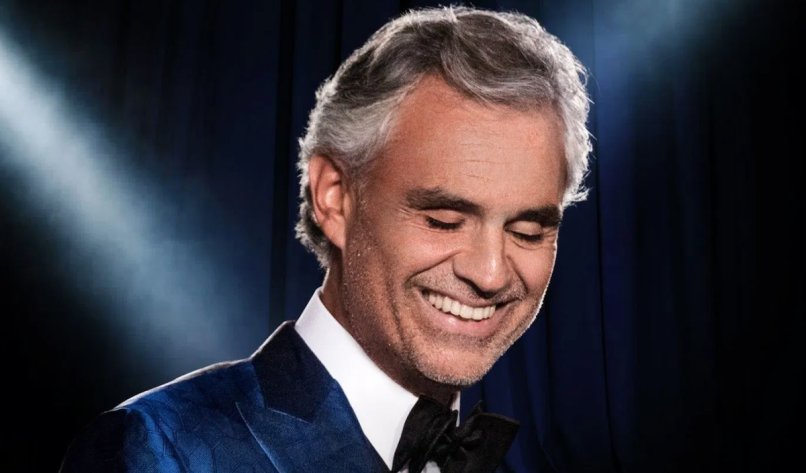 With all tours and events grounded because of the coronavirus, artists have been using livestreaming to stay close to their fans. Today’s schedule includes a special Easter performance from Andrea Bocelli, along with Real Estate, Princess Nokia, Pussy Riot, and a Bill Withers tribute concert.

Proceeds from the festival benefit MusiCares COVID-19 relief fund and No Kid Hungry.

At the city’s request, Andrea Bocelli will deliver a solo performance at Milan’s historic Duomo cathedral on April 12th. Though it won’t be open to the public due to the countrywide lockdown, the event — titled “Music for Hope” — will be livestreamed globally to promote a message of “love, healing, and hope to Italy and the world.”

Bocelli will be joined by the cathedral organist, Emanuele Vianelli, who will be playing one of the world’s largest pipe organs. The Easter Sunday concert will consist of “carefully selected pieces, specially arranged for solo voice and organ for the occasion,” including “the well-loved Ave Maria setting by Bach/Gounod and Mascagni’s Sancta Maria – uplifting sacred music repertoire on a day symbolic of the renewal of life.”

The War and Treaty

Rounder Records has announced the launch of “The Roundup”, a weekly streaming series featuring live music performances. Powerhouse husband and wife duo The War And Treaty (Tanya Blount-Trotter and Michael Trotter, Jr.) will perform on “The Roundup”’s inaugural episode, slated for Sunday, April 12 at 1:30 p.m. EDT. The duo will perform material from their forthcoming Rounder debut, Hearts Town, due this summer.

Pussy Riot will perform a live set on YouTube.

Jewish arts and culture non-profit Reboot has announced the kick off of Liberation Through Music, a special Passover live concert, for this Sunday, April 12th.

For the duration of social distancing/quarantine practices in the U.S., Diplo will livestream DJ sets from his house five nights per week. The streams will be themed in line with Diplo’s interests: “A Very Lazer Sunday”, paying homage to his group, Major Lazer’s, dancehall and reggae roots airing Sundays at 7:00 p.m. EST; a mixed-bag “Ronatronix” set Tuesdays at 10:00 p.m. EST (the name a throwback to the iconic Hollertronix parties that launched his career); country-flecked variety show “The Thomas Wesley Show Thursdays” at 10:00 p.m. EST; ambient “Corona Sabbath Fridays” at 10:00 p.m. EST; and a good, old fashioned “Coronight Fever” rave Saturday nights at 11:00 p.m. EST.

Real Estate will perform a live set on Nugs.tv, with all proceeds benefiting artists, crew, and the Sweet Relief Fund.

In celebration of the season four premiere of hit comedy Insecure, HBO will host its fourth annual block party for the series virtually. Starting on Sunday, April 12th at 8:00 p.m. ET, the four-part virtual block party lineup features a Q&A with Insecure creator and star Issa Rae and the cast on her Instagram Live, an Instagram Live DJ set with Zaytoven, and a live Twitter watch party hosted by Rae. Following the season premiere episode at 10:00PM ET, there will be a surprise musical performance on Instagram Live from an artist featured in the upcoming season and on the corresponding soundtrack, to be released this summer by Raedio (Rae’s new label) and Atlantic Records.

“Live From Out There: Celebrating Bill Withers”

Pustulus Maximus of GWAR will host a “GWARantineTalk” live on Facebook.