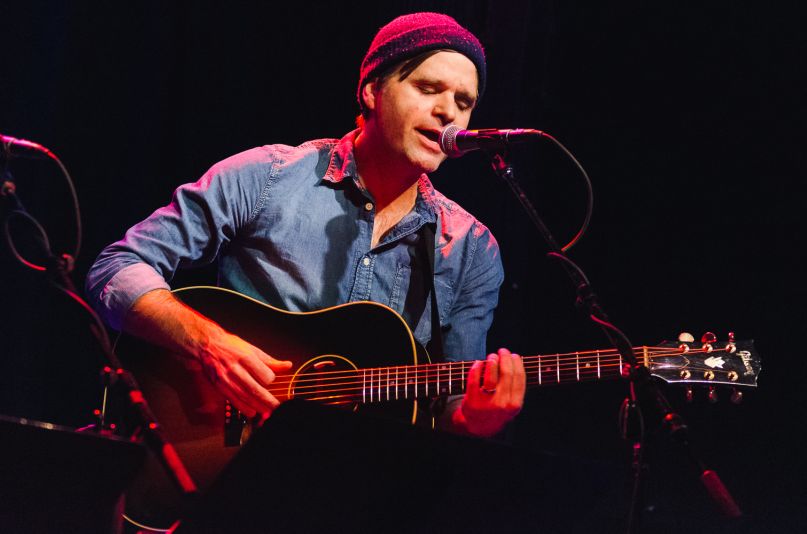 With all tours and events grounded because of the coronavirus, artists have been using livestreaming to stay close to their fans. Today’s schedule promises performances from Ben Gibbard, Colin Meloy, Soccer Mommy, Rufus Wainwright, and Alicia Keys. Plus, Radiohead are streaming a classic concert, Oneohetrix Point Never is premiering his new radio show, and CMT is airing a re-broadcast of its Kenny Rogers tribute concert.

The Decemberists’ Colin Meloy will “play a handful of songs + chat amiably” during a livestream for KEXP.

Rufus Wainwright will launch the series on Thursday, April 9th, as London’s Royal Albert Hall keeps the venue’s spirit alive during its closure by presenting free sessions from performers’ homes.

On Thursday at 5:00 p.m. EDT, Radiohead will kick off their new YouTube series with Live From a Tent in Dublin, capturing the band’s October 2000 concert at Punchestown Racecourse in Naas, Ireland. Coming days after the release of Kid A, the 23-song set included several album tracks including “Optimistic”, “Morning Bell”, “The National Anthem”, and “In Limbo”, as well as the “Paranoid Android” B-side “Pearl*“. The footage is directed by Dilly Gent and edited by Quin Williams.

Soccer Mommy is hosting a livestream on the video game Stardew Valley.

Each Thursday night, Dolly Parton will read children’s books live on YouTube as part of a new video series called “Goodnight with Dolly”.

Fifteen-time Grammy winner and global music icon Alicia Keys will perform on Pay It Forward Live, Verizon’s weekly streaming entertainment series in support of small businesses affected by COVID-19. Verizon will donate $10, up to $2.5 million, to support small businesses when the hashtag #PayitForwardLIVE is used.

Death Cab For Cutie frontman Ben Gibbard is performing regular concerts from his home studio. His initial performances have featured a mix of DCFC songs, material from The Postal Service, and covers of Radiohead and New Order. Future shows may include special guests.

Gibbard is also encouraging his fans to donate to organizations including Aurora Commons and the University District Food Bank.

For the duration of social distancing/quarantine practices in the U.S., Diplo will livestream DJ sets from his house five nights per week. The streams will be themed in line with Diplo’s interests: “A Very Lazer Sunday”, paying homage to his group, Major Lazer’s, dancehall and reggae roots airing Sundays at 7:00 p.m. EST; a mixed-bag “Ronatronix” set Tuesdays at 10:00 p.m. EST (the name a throwback to the iconic Hollertronix parties that launched his career); country-flecked variety show “The Thomas Wesley Show Thursdays” at 10:00 p.m. EST; ambient “Corona Sabbath Fridays” at 10:00 p.m. EST; and a good, old fashioned “Coronight Feve”r rave Saturday nights at 11:00 p.m. EST.

From April 2nd-9th, the Los Angeles venues are gathering together for a virtual week-long festival featuring indie artists to support them during the COVID-19 crisis. Explore virtual stages from venues like The Hotel Cafe and more, all while supporting Recording Academy’s MusiCares Emergency Financial Assistance Fund.