Quibi Reviews: 50 States of Fright, Most Dangerous Game, and Other Must-See Shows 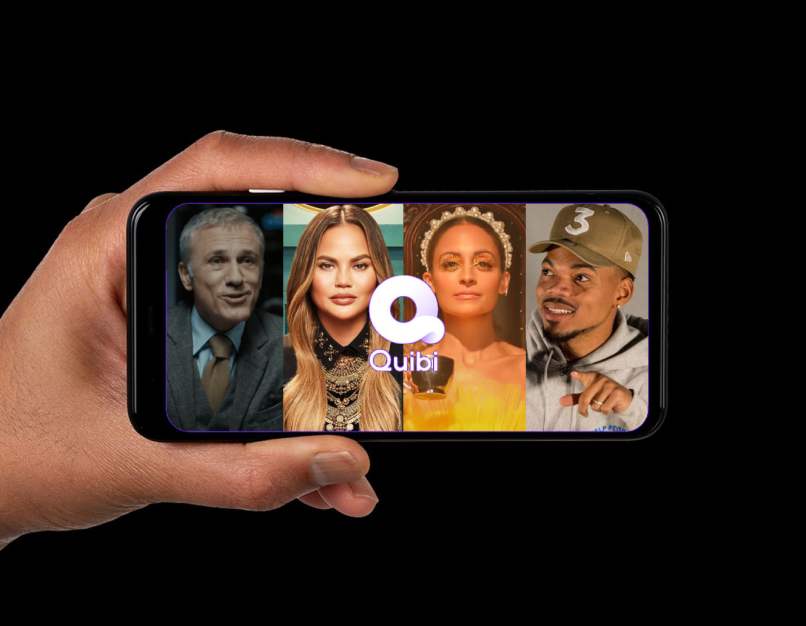 Quibi’s got a lot stacked against it, and much of it is of its own making. The short-form streaming service, founded by former Disney CEO Jeffrey Katzenberg, makes its bones on the idea that people want streaming content a.) only on their phones, and b.) in short, six to 10-minute episodes, ridiculously called ‘quibis’ (or “quick bites”). Whether you’re waiting for the train or just pooping (and some of the targeted ads absolutely count on their audience doing just that), Quibi (pronounced ‘kwibby’, natch) hopes its bite-sized, big-budget content will find an audience.

The concept itself is a big ask, from its silly (okay, stupid) name to the infantilizing premise that presumes you can’t pay attention for more than the length of time it takes to take a dump. The age of coronavirus doesn’t help, either. What good is a commute-centric streaming service for a population that’s less on the go than ever? Add to that the fact that you can literally only watch these on your phones, and the inventive-but-cluttered option of watching them in portrait or landscape mode, and the prospects for a committed viewing experience are decidedly slim.

But how are the shows themselves? Well, we went through virtually every Quibi show the network has launched (we skipped some of the lighter ones and the news recap shows) to find out whether there are any diamonds in the rough. Luckily, there are a few quibis we can quibble with, from absolutely out-there reality shows to high-concept comedies that play with their teensier format to solid effect. Quibi works best when it gets weird and runs with its weirdness; seek the strange, and ye shall find.

Editor’s Note: Quibi is offering a free 90-day trial to coincide with its launch.

In one of the network’s highest-profile shows, Sophie Turner plays a suicidal teenager who ends up boarding a doomed flight just as she’s been dismissed from the mental institution. Think Girl, Interrupted meets Lost, though the three quibis offered at launch only get us to the plane crash.

Dare We Quibble? Not really. This is clearly Quibi’s attempt at serious network drama, but not only is it a creakily handled melodrama with some thinly-drawn characters (especially Turner), the show’s treatment of mental illness is reductive to the point of almost romanticizing suicidal ideation as a kind of Kurt Cobain-esque beautiful pain that reflects how we should truly see the world. That’s not a solid prospect for a series, no matter how many suicide hotline placards you bookend the episodes with.

Line of the Show: Turner refers to a bipolar patient at her mental hospital as “broken” if you need more evidence of the show’s oh-so-nuanced treatment of mental illness.

The classic short story gets a modern cable network thriller treatment, as Liam Hemsworth plays a track-star-turned-terminally-ill hunk named, I kid you not, Dodge Tynes, who gets talked into making himself human prey for some rich hunters by the slimy Christoph Waltz. Sarah Gadon plays Hemsworth’s put-upon Cool Wife.

Dare We Quibble? This one’s another laughable attempt to approximate real network TV, which just doesn’t seem like Quibi’s forte. Three quibis in, and like Survive, we haven’t even gotten to the hunt itself. It could get neat once that begins, but until then, there’s little to write home about except for Hemsworth’s name, which might be even dumber to hear out of a human mouth than ‘quibi.’

Line of the Show: “I’m angry this tumor’s taking me away from my family!”

When the Street Lights Go On

In the sleepy town of Colfax, Illinois, during the summer of ‘95, a teenage girl (Nicola Peltz) and her English teacher boyfriend (Mark Duplass) are gunned down one fateful night, which rocks the small town to its core. A young, aspiring journalist (Chosen Jacobs) and the girl’s sister (Sophie Thatcher) set out to solve the mystery. Queen Latifah and Tony Hale also star.

Dare We Quibble? The one prestige drama-like Quibi show that works, Street Lights drips with a wonderfully melancholy atmosphere, and actually manages to carve out some interesting nuance from its cast of characters. Plus, its Zodiac meets This Is Us procedural melodrama has the prospect of setting up an intriguing mystery, as long as they cool it with the rad ‘90s pop culture references.

This Funny or Die-produced comedy throws Will Forte and It’s Always Sunny in Philadelphia’s Kaitlin Olson together as Jann and Cricket, a self-deluded couple who enter a contest to make a pilot for their own HGTV-like house flipping show, only to come into some dubiously-hidden stacks of cash in their fixer-upper.

Dare We Quibble? There are moments when Flipped shines — when the two finally get the idea to use their misbegotten cash to lend their pilot some much-needed comic energy in quibi three, the show gets some amusing digs in at the Extreme Home Makeovers format. But outside that, their characters are far too grating and one-note for the meta-narrative around it, especially when they run into the people whose money they just stole. Just stick to the mockumentary format, and they’d be gold.

Case in point, mockumentary Nikki Fre$h sees Nicole Richie attempting to pivot her brand into becoming a wellness-themed trap icon (she calls her style of music “parent trap”), complete with songs about saving the bees and merch that includes “straw hats, gardening aprons, [and] a composting clutch.”

Dare We Quibble? Easily the best (intentional) comedy of the Quibi slate, Richie’s in genius bone-dry form as an exaggerated version of her self. The dialogue is whip-smart, Christopher Guest-level wit (“I love trap music, but in order to listen to it, you have to be up at midnight, and those are just not my hours”) and cameos by Bill Nye and her dad Lionel Richie are wonderfully utilized. Oh, and the dorky minute-long music videos at the end are certified bops.

Line of the Show: “This music is for people like us — for teachers, rabbis, and Virgos.”