R.I.P. Matthew Seligman, Bassist for Thomas Dolby and The Soft Boys Dies From Coronavirus at 64

He also played in Thompson Twins and worked with David Bowie 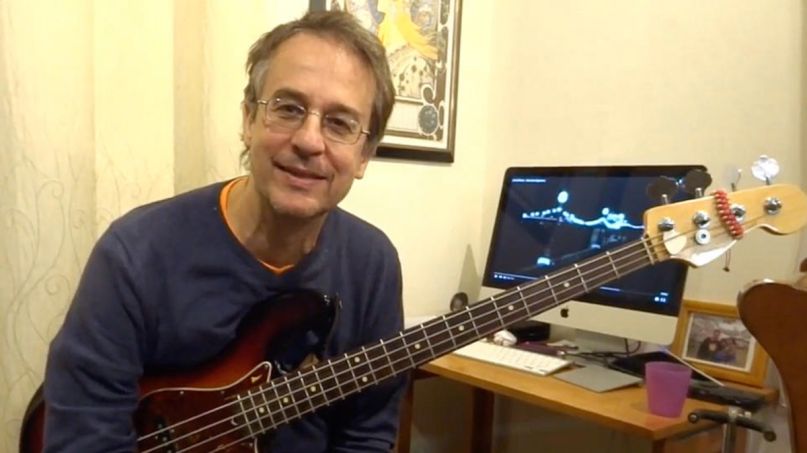 Matthew Seligman, a member of The Soft Boys and Thompson Twins who rose to fame playing bass for artists like David Bowie and Thomas Dolby in the ’80s, has died from COVID-19. He was 64 years old.

The Soft Boys frontman Robyn Hitchcock confirmed the news on April 17th. “I’m writing this as Matthew Seligman slips out of this life and into wherever souls go next,” Hitchcock wrote in a Facebook post. “Everybody goes, but none of us were expecting Matthew to leave us so abruptly, forever. It is strange and very sad to be talking of him in the past tense… A joyous and funky bass player, he made Underwater Moonlight an exuberant LP to record and listen to. His manic bass run at the end of ‘Insanely Jealous’ and his stately propeller dive into the last chorus of the title track, as well as the insistent groove he brought to ‘Kingdom of Love’ are some of the finest bass playing I have ever witnessed.”

Born in Cyprus in 1955, Seligman was raised in England where he grew up to become a prominent bassist in the ’80s new wave era. He was a founding member of Bruce Woolley and the Camera Club alongside his friend Thomas Dolby. He broke into the music scene at large, though, during his tenure with the psych pop act The Soft Boys. The band formed in 1976, released two albums — the biggest of which, Underwater Moonlight, featured Seligman — and disbanded shortly afterwards in 1980.

Next, Seligman joined Thompson Twins in time to play on their albums Set and In the Name of Love. When the band wanted to slim down to a trio, Seligman left to work with Dolby on all his solo albums, including the new wave staples The Golden Age of Wireless and The Flat Earth, the former of which features “She Blinded Me with Science”.

Later in life, Seligman became a session musician, performing for a handful of high-profile artists including Chrissie Hynde, Morrissey, Sinéad O’Connor, Tori Amos, and Alex Chilton. By far his most notable time as a session bassist was his run with David Bowie. In 1985, he played in Bowie’s backing band at Live Aid. The following year, he performed on the Labyrinth soundtrack as well as his song “Absolute Beginners”.

Many artists have shared tributes to Seligman upon learning of the news. The most touching came from his closest collaborator, Dolby, who posted a video on Facebook of them playing together in Tokyo. “Swaying at the back of the stage, big smile on his face, grooving in his own space but always completely plugged in to the rest of the band,” wrote Dolby. “What an incredible loss to all of us.”

Revisit some of Seligman’s classics below.

Click on to see tributes to Seligman from Hitchcock, Dolby, and more…

I mean, I could pick all sorts of Matthew Seligman recordings, but how about the way the bass anchors and purrs along underneath the perfect sparkling guitars here? RIP to him, another crushing loss. https://t.co/2QOSZ8zTSy

Terrible to hear of the death of Matthew Seligman who played with the TTs and many others. He will be missed. In sadness, love to all. Tom

RIP Matthew Seligman, bassist on (and engine of) Thomas Dolby’s The Flat Earth, one of my all-time favorite albums https://t.co/YcH6WAmaKj

My friend Matthew Seligman has died of this shitty bug. He was a top bassist, a human rights solicitor & just a lovely human. He played with many great people. We were all very proud of him when he backed Bowie at Live Aid. He had a lovely smile, & real kindness. So sad. pic.twitter.com/tjnLNVKe8Y