Brian Eno called him "one of the great musicians of the 20th century — and the 21st, actually." 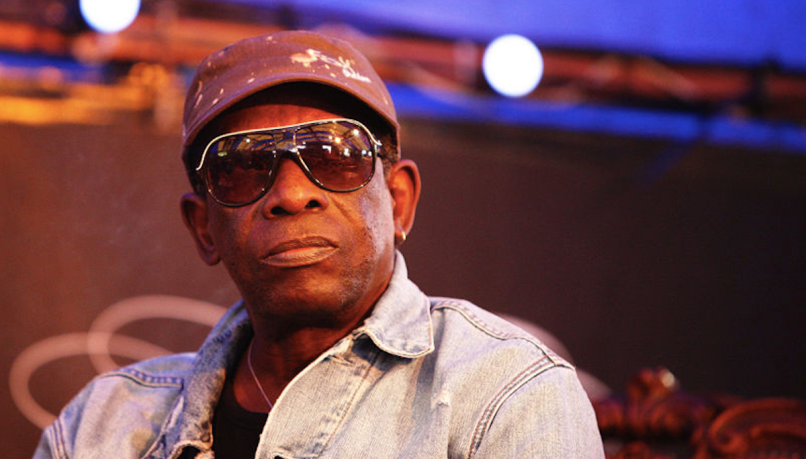 Tony Allen, the legendary Afrobeat drummer who gained prominence playing with Fela Kuti & the Africa ’70, has died at 79. No cause of death is known, though his manager confirmed to AFP that it was not linked to coronavirus.

Born in Nigeria in 1940, Allen taught himself drums at the age of 18. In 1964, he linked up with the composer Fela Kuti, and together they created over 30 albums while pioneering the new Afrobeat sound. Allen was inspired by American jazz drummers like Max Roach, but he filtered those sensibilities through Ghanian highlife music and Yoruba polyrhythms. He served as Kuti’s music director as well as percussionist, and when Allen left to pursue a solo career in 1979, Kuti famously had to use four drummers to replace him.

Allen’s influence was felt around the world, on every continent and in nearly every genre of popular music. Brian Eno proclaimed him “one of the great musicians of the 20th century — and the 21st, actually.” Flea, who performed in the band Rocket Juice & the Moon with Tony Allen and Damon Albarn, called the Nigerian legend “one of the greatest drummers to ever walk this earth.”

The epic Tony Allen, one of the greatest drummers to ever walk this earth has left us. What a wildman, with a massive, kind and free heart and the deepest one-of-a-kind groove. Fela Kuti did not invent afrobeat, Fela and Tony birthed it together. Without Tony Allen there is NO afrobeat. I was lucky enough to spend many an hour with him, holed up in a London studio, jamming the days away. It was fucking heavenly. He was and still is, my hero. I wanted to honor his greatness so much when we played together, and I was nervous when we started, but he made me laugh like a two year old, and we fell right into pocket. I lit up like a Christmas tree every time I knew we were about to lay down some rhythm. With Tony’s longtime musical collaborator, friend and champion, Damon Albarn, we jammed til the cows came home. We partied in Nigeria, we partied around Europe, and it was always about the music. Just grooving high, grooving deep. Tony Allen I love you, I’m so grateful to have had the chance to rock with you. God bless your beautiful soul.