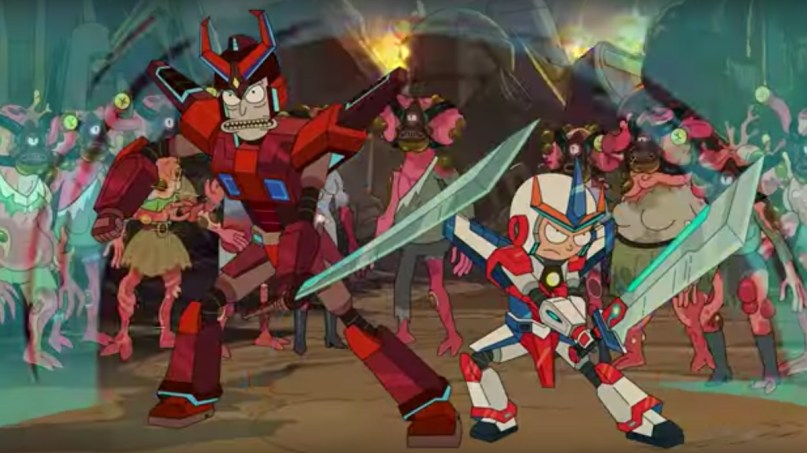 It’s April Fools’ Day, which is a date Rick and Morty fans know well to anticipate… and be wary of. Three years ago, Adult Swim surprise-released the first episode of Season 3 on this holiday of hoaxes, but then made everyone wait nearly four months for the rest of it. Today, the network has teased the back half of Season 4 with a new trailer and a May 3rd release date — but how much can we trust that preview?

The first part of Season 4 aired last fall between November 10th and December 15th. Now, half a year later, Adult Swim has announced “The Other Five” are set to begin rolling out on May 3rd. The accompanying trailer shows Rick and Morty donning anime-style armor, face-sucking aliens, the return of Snuffles in a battle against cats in mech suits, Summer in a lightsaber battle with Tammy Guetermann (apparently in the Dog Dimension), and vats of acid. Oh, and the Smith family ignoring Jerry’s dreams, but that’s standard.

Now, all that seems totally plausible and wild and fun — but is it real? We know there are scenes in the Rick and Morty opening credits that never makes it into the show, so how can we trust footage in an April Fools’ Day trailer?

While Adult Swim hasn’t revealed any official episode details, IMDb has a few unconfirmed synopses. Episode 6 sees Rick and Morty finding “a magic squirrel” and traveling “to space where they do some over the clothes stuff.” Next is an episode where “a new kid called Jack” falls “in love with an alien called Tom. Rick tries to save him when it turns out the alien isn’t who he thinks.” Finally, Episode 8 sees Summer get a freshly knitted scarf “caught in the garage door”, triggering “a series of events leading up to the total destruction of the multiverse.”

We’ll see if any of this turns out to be true when Rick and Morty returns on May 3rd at 11:30 p.m. EDT. For now, watch the Season 4B trailer below.