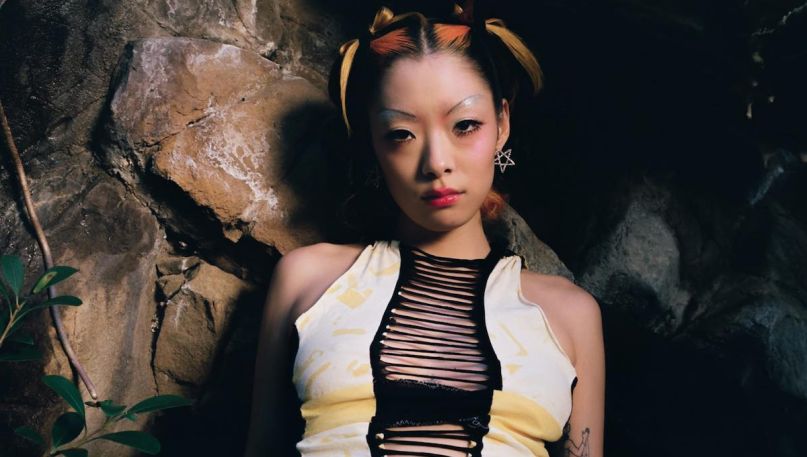 Our April Artist of the Month, Rina Sawayama, has today unleashed her debut full-length, SAWAYAMA. Stream the album below via Apple Music and Spotify.

SAWAYAMA comes two years after the Japanese-born, London-based model/songwriter’s 2017 EP Rina. (See what she did there?) The majority of her new album was produced by Clarence Clarity, with help from Sawayama herself as well as Bram Inscore (Troye Sivan), Nate Company (Carly Rae Jepsen), and Nicole Morier (Britney Spears). Danny L Harle (Charli XCX, Clairo) and songwriter Lauren Aquilina were also brought in to put finishing touches on the songs.

Sawayama has described the LP as being very “personal,” focusing heavily on what it’s like searching for a sense of identity and belonging “in the context of two opposing cultures (for me British and Japanese).” Speaking to Consequence of Sound about how she presents those themes through the album’s eclectic and nostalgic sounds, she said,

“Everything kind of picks up from different bits of the 2000s. I think music was so diverse then. You had nu metal, like Limp Bizkit’s ‘Rollin”; but you also had Justin Timberlake in R&B and pop. Then you had a whole huge wave of R&B like Ashanti and Ja Rule and Destiny’s Child, etc. Then you had Kylie [Minogue], and then you had the resurgence of girl bands, like Girls Aloud, Sugababes, Atomic Kitten. So yeah, the album kind of picks from all those places really.”

The record was preceded by a number of singles, including “Comme Des Garçons (Like the Boys)”, “XS”, and “Chosen Family”.

While the coronavirus pandemic forced many artist to restructure their touring plans, Sawayama has already rescheduled her “The Dynasty Tour” for the fall. Look for tickets here.