The latest visual from our April Artist of the Month's new album, SAWAYAMA 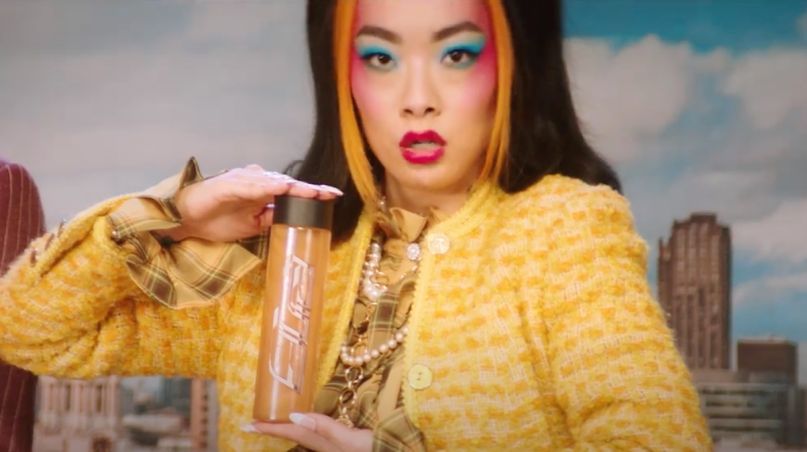 Rina Sawayama in the "XS" Video

Today brings the release of Rina Sawayam’s debut album, SAWAYAMA. In celebration, our April Artist of the Month has also shared a music video for the hit single “XS”.

Speaking with Consequence of Sound, the London-based pop artist described the song, which is about materialism in the time of global warming, as “kind of just a mockery of everyone, including myself.” The new visual reflects this, as Sawayama portrays a bubbly QVC-like salesperson hawking a shimmering beverage that’s 99% 24k gold and 1%… plasma? As the clip plays out, it’s revealed that the shopping channel host isn’t what she appears, and the source of the drink’s “new improved recipe” is a macabre Soylent Green nightmare.

Sawayama recently announced rescheduled tour dates for the fall, and you can get tickets here.