Eligible films must be shot from quarantine on a cell phone 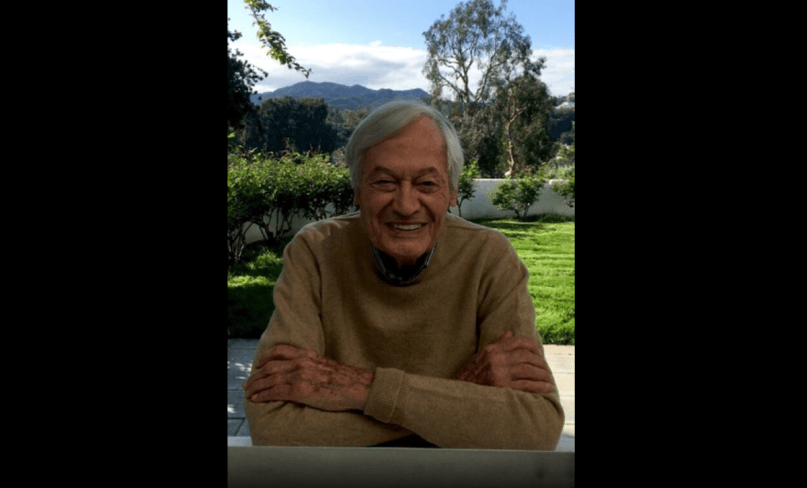 The Pope of Pop Cinema himself, Roger Corman, has announced the Corman Quarantine Film Festival. For the rest of April, he’ll be accepting two-minute movie submissions from professionals and amateurs alike.

Corman shared the news in an Instagram video, in which he also tagged a few prominent filmmakers: Andy Muschietti, Eli Roth, Peter Bogdanovich, and more. But even if all these starry names participate, they aren’t likely to win. Corman isn’t offering much of a prize beside exposure, and as he said, “We’re looking for the next great film director.” He continued, “A surprising number of Academy Award-winning film directors have started with me. Therefore, we’ve decided to start something new. The first — and hopefully last — Corman Quarantine Film Festival.”

First place will see their movie shared on Corman’s website and social media accounts. The legend and his team will also cut a trailer for the winning flick, and its director will receive a certificate and trophy.

There are only a few rules, and they all serve to level the playing field for amateur hopefuls. First, submissions must be filmed at your home or in your backyard, using your own lights and lamps. It can only star people you already live with — no breaking quarantine for the Quarantine Film Festival — so expect a lot of stories about twins. It must be shot on a cell phone, not an expensive camera, and it must be less than two minutes long. Those ready to share need only post their submissions on social media while tagging Roger Corman and using the hashtag #CormanChallenge.

Cell phone filmmaking is gaining popularity all the time, especially this year, as the global industry braces to lose $20 billion. But if making movies isn’t your favorite way to pass a quarantine, there’s still lots going on. Audible is freely streaming hundreds of audio books, Jamie Lee Curtis is hosting Lionsgate Live! A Night at the Movies, and Sirius XM is offering its premium streaming service for free.