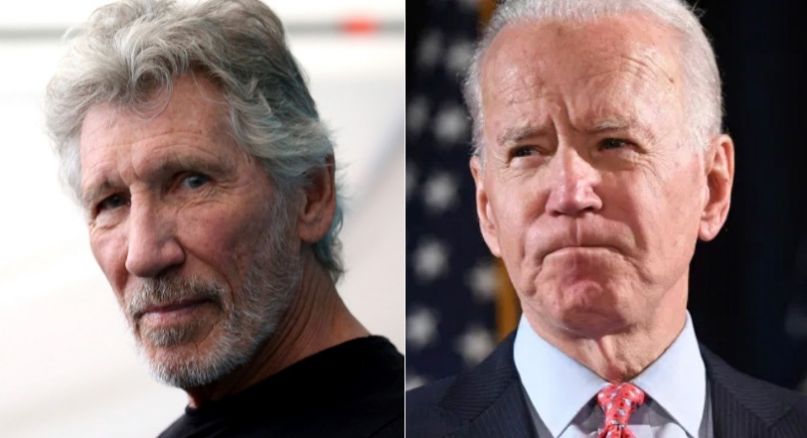 It’s no secret that Roger Waters is no fan of Donald Trump: he recently described him as the “mass destroyer of everything that any of us might love.” However, the former Pink Floyd member holds an equally negative view of Trump’s Trump’s 2020 rival, Democratic presidential candidate Joe Biden.

In a new interview with Rolling Stone, Waters was asked if progressives should consider it their “duty” to vote for Biden in the upcoming election.

“I’m on the fence,” Waters responded. “I’m so flabbergasted and gobsmacked by the way the Democratic National Committee has railroaded Bernie [Sanders]… again. And has put in place a candidate — I can’t imagine Biden beating Trump in an election.”

“Biden is such a fucking slime ball, he’s so weak, and has no appeal to anybody,” Waters continued. “Trump, at least, is a snake oil salesman, he does tricks.. he does them really badly, but people don’t care.”

As a staunch supporter of Bernie Sanders, Waters said he is “still staggering under the weight of them having rejected the only candidate who represented the people of America.”

“I obviously don’t know where I stand on that lesser of two evils question,” Waters said of the upcoming election between Trump and Biden. “I’m not sure the path to a new America that is not ruled by the current ruling class — by money, plutocracy, and a capitalist society — will be made any easier with Biden as president.”

Waters also scoffed at the idea of American exceptionalism: “I’m so upset at the appalling bill of goods the American electorate is being sold, and they fall for it again and again. On the simplest of pretext, which is: America exceptionalism. ‘We are great. This is the greatest country in the world. We believe in freedom and democracy and human rights. We make everything better. We are the shining city on the hill.’ No you aren’t, you’re fucking awful!” Waters stressed he was speaking specifically about the American government, but said American people are “gullible” for going along with it.

Elsewhere in the interview, Waters briefly discussed an ill-fated peace summit between him and former Pink Floyd bandmates David Gilmour and Nick Mason, and is firmly in the camp that a reunion of the band would be “fucking awful.”