Rosie Carney Shares the Origins of New Song “i spoke to god”: Stream

A final taste of the Irish folk artist's new EP, i dreamed i was the night 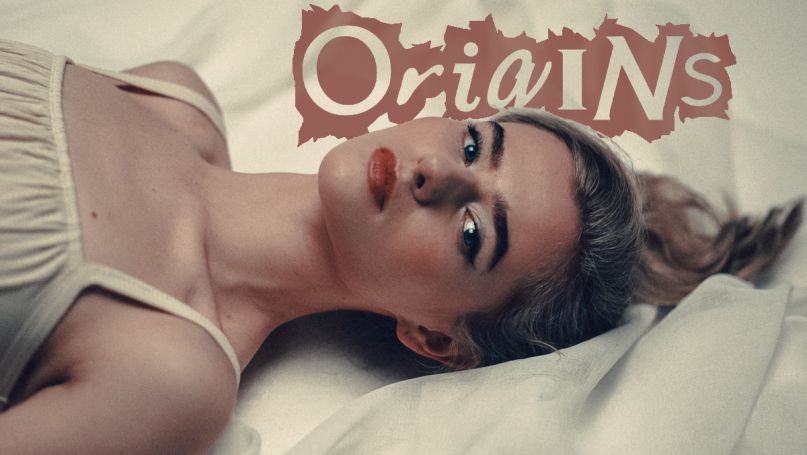 Our exclusive new music feature Origins gives musicians an opportunity to reveal some of the inspirations behind their latest track. Today, Irish folk artist Rosie Carney discusses why “i spoke to go”.

Rosie Carney is set to release her new EP, i dreamed i was the night, tomorrow, April 10th. Having previously shared the effort’s “when i look at you”, the Irish folk-pop musician is back today with another sample in the beautifully heartbroken song “i spoke to god”.

Despite the title, the track doesn’t really have religious undertones. Instead, it focuses on self-reflection in the time after a separation from a lover. “I basically floated around my room like a ghost talking to myself,” Carney recalled in a press release. “I’m not religious and I didn’t actually speak to god (disappointed I know), but when I did speak to myself, I pretended it was being heard by something much bigger than all of this.”

Recorded with producer Thomas “Doveman” Bartlett, “i spoke to god” finds Carney’s crystalline vocals reaching upwards over soft, swirling synth and piano notes. Airy despite its weight, the arrangement help lift Carney’s lyrics towards the heavens: “Put your love around me/ Hold it close so I can see again/ Out of my head/ So I can say/ ‘Baby, come back to bed.'”

Take a listen to “i spoke to god” below, followed by Carney’s further explanation of the song’s Origins.

Moving back to Ireland:

Rosie Carney in Donegal, Ireland with her dog, Hemingway, photo by Charlie Doherty

I wrote this song at my parent’s home in Ireland in summer 2018. I had just finished a non-stop, two-month tour of Europe and North America and when I returned to my flat in London, my boyfriend and I broke up. I quickly packed my stuff into a single suitcase and went home to Ireland where for the first time in months I was completely still, in the middle of nowhere, where it rained non-stop. It was a real come down.

Florence and the Machine:

I demoed the track on my iPad whilst sat on my bedroom floor with the company of my dog, Hemingway. It was the first track I really experimented with sound-wise. I chopped up my vocals to make a loop and made an attempt at making my own beats. I had been listening to a lot of Florence and the Machine at the time which really influenced the sound I was trying to capture.

Fast forward just over a year later, I was tracking the same song in New York with Thomas Bartlett, who produced the Florence record that inspired me so much. Hemingway would be proud.

So I didn’t actually speak to god, although I spent a lot of time talking to myself, imagining I was someone else, imagining what I would have said to my ex. I felt infuriated and comforted at the same time, not an ideal state to be in when you’re in the ass end of nowhere.

I was reading Sputnik Sweetheart by Murakami at the time and there was a line, “I feel like I’ve swallowed a cloudy sky,” which kind of stuck with me. I weirdly kept rereading it which made me feel more and more abstract but it eventually helped me string together what I was trying to say in the song, which was, to simplify, “ouch.”

Woman Behind Shower Stall, photo by Cláudia Back via Unsplash

I remember I was literally in the shower when I started writing the lyrics. I just started singing the words which is unusual for me as its normally melody first, and I’m not usually in a shower when I write songs. I started writing the lyrics on the inside of the steamed up shower wall: “You twisted your words and spat them at me/ I twisted your world then you couldn’t see the wood from the trees/ No you couldn’t see the roots wrapped around me.”