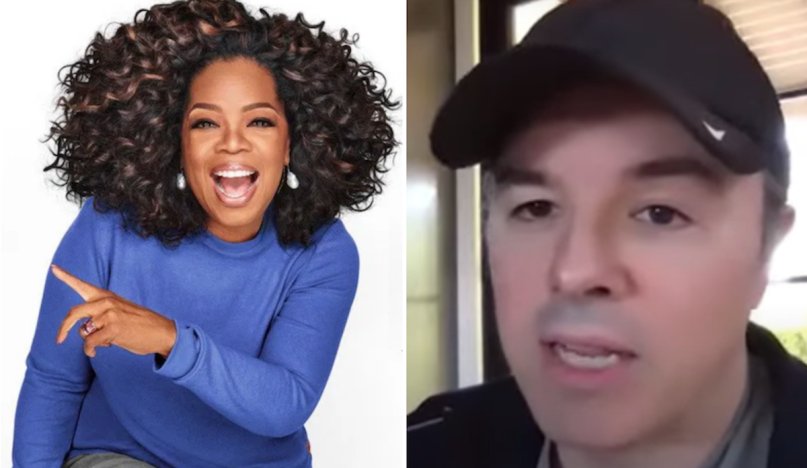 Over the last few weeks, celebrity doctors Phil McGraw (a psychologist) and Mehmet Oz (a cardiothoracic surgeon) have been spouting off misinformation about the coronavirus and its possible treatments. Besides the fact that neither are actually trained in epidemiology, a common factor between the two TV docs is how they got their start: as guests on Oprah Winfrey’s talk show. That’s a connection Seth MacFarlane has recently taken issue with, calling on Oprah to “correct” the record on the pair of medical hosts.

The Family Guy creator’s first remarks came from a tweet in which he shared a Los Angeles Times article detailing Dr. Oz and Dr. Phil’s controversial COVID-19 remarks. “Oprah has done some wonderfully altruistic things with her career, but the use of her platform to amplify the voices of dubious characters rather than legitimate scientists has been a disservice,” MacFarlane wrote. “I hope she will lend her own powerful voice to correct it.”

Then on Wednesday night, MacFarlane joined Anand Giridharadas for the first episode of Vice TV’s new political talk show Seat at the Table. Asked about the tweet, MacFarlane again emphasized that Oprah had largely “used her platform for good.” However, he added, “The exception to that is the elevation of these purveyors of pseudoscience. People like Dr. Phil, Dr. Oz, all the way back to Jenny McCarthy and the anti-vax movement.”

“It’s a strange dichotomy that I think a lot of people, particularly right now, are having trouble reconciling,” he continued. “You know, this person who has done all of this positive work for the world and yet somehow has gotten caught up in this web of junk science on many occasions.”

For context, Dr. Oz had touted an interview from the medical journal The Lancet that reopening schools arguing that “opening of schools may only cost us 2 to 3 percent [increase] in terms of total mortality.” Dr. Phil, meanwhile, said the lockdown was an overreaction because “360,000 [Americans die] a year from swimming pools.” The CDC estimates 3,600 Americans die per year from drowning in general, while the 360,000 number Phil referenced is the worldwide statistic for drowning in general — not pools. Also, as John Oliver pointed out, you can’t “contract a swimming pool on a trip to the grocery store…”

Of course, MacFarlane has something of a split in his professional career and political stance, as well. With his shows Family Guy and American Dad, he’s made a boatload of money for Fox and its owners, the Murdoch family — who also run Fox News. That might make him something of a hypocrite, though he says his has a “friendly” relationship with the Murdochs and they’ve never attempted to interfere with his show.

“They’ve left us alone completely. Even when our politics were aggressively liberal,” he said. “And the same philosophy as far as I can tell applies to Fox News.”

That said, he does call out Fox News and the Murdochs’ role in letting them get away with questionable content. “If that network could get on board with a responsible attitude toward science alone, I could live with all the other shit,” MacFarlane said.

In fact, earlier in the month, MacFarlane took aim at Fox News anchor Laura Ingraham for her “insane” comments on coronavirus. Ingraham had tweeted that media outlets like The Washington Post were “rooting for the shut down to continue indefinitely.” “I really cannot fathom that we produce content for the same corporation,” MacFarlane tweeted. ” Laura, that is an insane remark… The sane among us are only trying to follow the lead of responsible science with regard to the timing.”

Oprah has done some wonderfully altruistic things with her career, but the use of her platform to amplify the voices of dubious characters rather than legitimate scientists has been a disservice. I hope she will lend her own powerful voice to correct it.https://t.co/h002GVGX3f

I really cannot fathom that we produce content for the same corporation. Laura, that is an insane remark. Everyone wants this to end. The sane among us are only trying to follow the lead of responsible science with regard to the timing. Please use your platform more responsibly. https://t.co/ccTck1IPBK