"ShaqNight" airs each Thursday for the foreseeable future 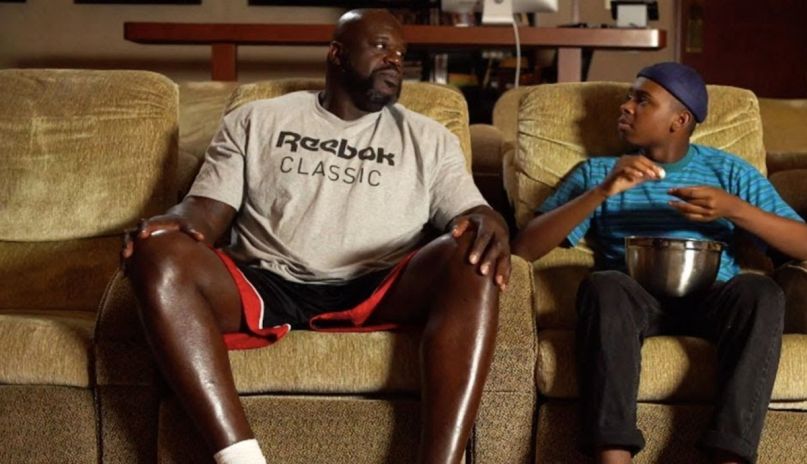 During his prime, NBA seven-footer Shaquille O’Neal was known for swatting away any basketball that came his way. But with the NBA temporarily shut down due to the coronavirus, the Hall of Fame basketbal is now scoring a different kind of block — that is a weekly programming block on TNT. The TV network announced that beginning April 9th, every Thursday will be now known as “ShaqNight”. The weekly event will see Shaq host watch-alongs of his favorite films, as well as present a new episode of his Shaq Life documentary series.

Thursday nights kick off with the movie watch-along, broadcast from Shaq’s own home. Not only will the NBA all-star provide real-time commentary for viewers, but he’ll also bring on special guests and family members to join in on the conversation. A press release even teases a DJ set from the baller himself, also known in the EDM world as DJ Diesel.

At 9 p.m. ET, each virtual watching experience will be followed by an episode of Shaq Life, a docu-series that offers fans a closer look at the big man’s big life. As previewed in the trailer below, the camera captures moments personal and professional — whether it’s his partnership with pizza chain Papa John’s or an afternoon spent dunking on his kids. What’s more, all episodes will be narrated by the Samuel L. Jackson, who certainly knows a thing or two about captivating a listening audience.

“I can’t wait for viewers to join me on Thursday nights,” Shaq said in a statement. “I hope ‘ShaqNight’ will deliver laughs, fun, and entertainment into people’s homes at a time when we need it most.”

To celebrate the “ShaqNight” premiere later this week, a donation will be made to the Boys & Girls Club of America. And every Thursday, TNT will donate to a charitable organization chosen be that evening’s special guest.