Song of the Week: The Rolling Stones Get No Satisfaction “Living in a Ghost Town” 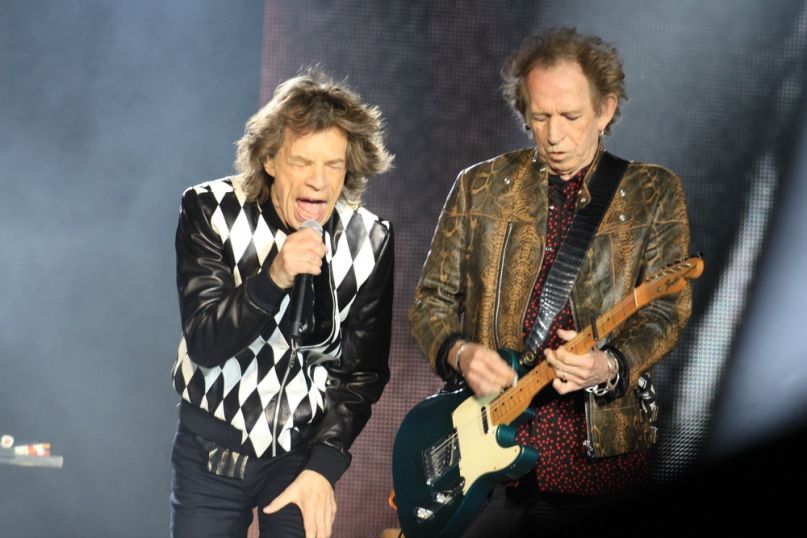 The Rolling Stones, No Filter Tour, photo by Heather Kaplan

It’s not every week legends put out new music. Bob Dylan has been surprisingly busy over the last few weeks, releasing a 17-minute (yes, you read that right) rumination on JFK’s assassination and a more digestible slow burn called “I Contain Multitudes”. But that’s far from the norm. It’s far more likely you’ll see a headline about Roger Waters throwing Joe Biden under the bus or hear Paul McCartney, lovely as he is, start a minor internet squabble over his assessment that The Beatles edged out The Rolling Stones as a rock band back in the day.

That’s partly why this week’s news that the Stones have been working on new music, including their first original material in nearly eight years, landed as such a welcome surprise. (Seeing them in the headlines, I assumed Keith Richards was just commenting on how shitty a year it was to quit smoking.) Mick Jagger and Richards began “Living in a Ghost Town” more than a year ago but only recently finished it while locked in. “It was written about being in a place which was full of life but is now bereft of life so to speak,” Jagger told Beats 1 Radio. “[I thought it] would resonate through the times that we’re living in right now.”

“Life was so beautiful/ Then we all got locked down,” laments Jagger. “Feel like a ghost, living in a ghost town.” It’s not a stretch to imagine what that might feel like. Actually, it’s hard to think of a better way to describe the world right now than a ghost town. It’s also the best new song the Stones have put out in ages. With a nudging beat and harmonica, haunting chants, and an alienated Jagger bashing his voice against his bandmates on the pre-choruses, the feelings of isolation and encroaching peril quickly permeate. Richards credits the lock-in with the Stones having finished a half-album’s worth of material. At least we’ll have new music when we come out from the underground.

For Fans Of: Stones fans will appreciate the passion Jagger summons here, and younger listeners will be more likely to give a song like this — one that doesn’t feel painfully indebted to the blues — a chance. Sorry, blues covers won’t win any new fans under the age of 55, fellas.

Best Moment: The song feels like it’s satisfied slinking along until Jagger ups the ante out of nowhere. It’s a delectable vocal turn that shows that Mick has plenty left in those lungs and lips when he needs it.

Where to Go From Here: Richards says five or six other tracks are in the bag. Sounds like the band might finish writing their first full album of original material since 2005 before we’re let out again.