From "Good Times with Weapons" to "AWESOME-O", the series creators rank their favorite (and least favorite) moments 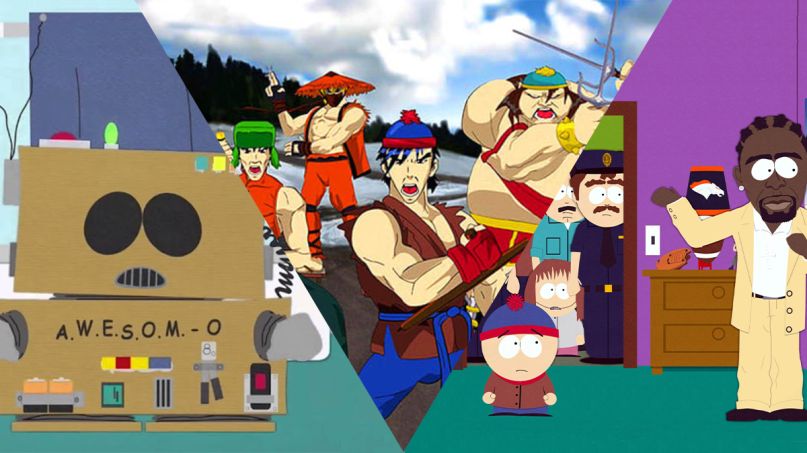 It’s bingeing time across the country thanks to the lockdown, as people have nowhere to go besides right in front of their screens. But how many times can you really revisit The Office? And Tiger King is essentially a one-and-done viewing experience. That’s when you remember there are over 300 episodes of South Park free to watch via Hulu. Wondering where to begin? Co-creators Trey Parker and Matt Stone have provided their personal guide of the show’s best and worst episodes.

EW asked the comedy geniuses to pick their 15 favorite episodes from across 23 seasons of South Park. They also admitted their own failures, pointing to 53 shows they’d rather forget. Well, really it’s only five on the bottom end, but Parker said he’d like to “permanently erase… anything before season 4. It’s just embarrassing to watch.”

Stone disagreed to some extent, noting that Season 2, Episode 1, “Terrance and Phillip in Not Without My Anus” is one of his fondest memories. “It’s so fucking weird, and it’s so different, and the fact that nobody else really liked it makes me like it more.”

As for what they agreed on, moments where the show broke its traditional crude animation style, like Season 8’s anime-inspired “Good Times with Weapons”, Season 10’s digital “Make Love, Not Warcraft”, and Season 12’s Heavy Metal homage “Major Boobage”, were highlights. “It adds this other level to see that animation style in with our crappy paper stuff,” said Stone. Classics like “AWESOM-O”, “Trapped in the Closet”, “With Apologies to Jesse Jackson”, and the “Imaginationland Trilogy” also made the list.

The duo were less satisfied with “Pip” (Season 4, Episode 14), “Chef Goes Nanners” (Season 4, Episode 8), and “A Million Little Fibers” (Season 10, Episode 5). Interestingly, the cult classic “South Park Is Gay” (Season 7, Episode 8) also was picked as a stinker, despite the memorable “Crab people, crab people/ Taste like crab/ Talk like people” song. “I love the crab-people song. But ‘crab people’ became this thing [in the writers’ room],” said Parker. “It’s like, you just know there’s something better, but you can’t think of it, and now you’ve just got to go with crab people.”

Read what else they had to say about their choices over at EW, and find the complete list below.