Spider-Man 3, Into the Spider-Verse 2, Thor 4 Get New Release Dates

Doctor Strange 2 has been pushed back as well 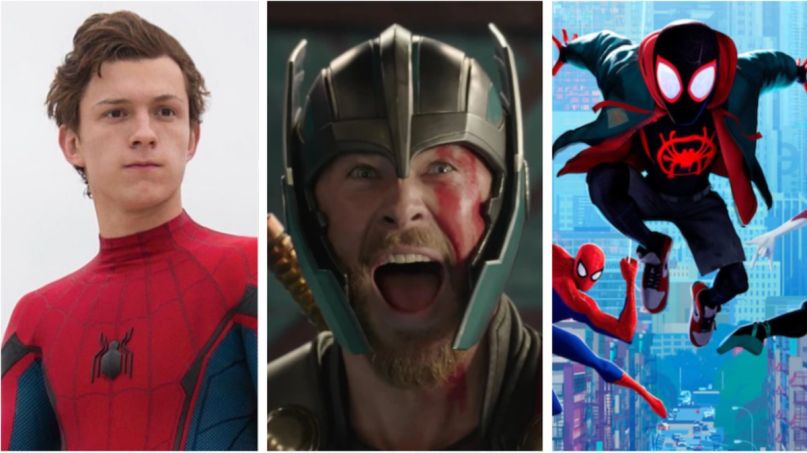 Spider-Man, Thor, and Spider-Man: Into the Spider-Verse

The coronavirus pandemic has been rattling the film industry and it won’t stop anytime soon. According to Deadline, the upcoming Spider-Man 3 movie, the sequel to Spider-Man: Into the Spider-Verse, and Doctor Strange in the Multiverse of Madness have all been delayed. It’s not all bad news, though. Apparently Thor: Love and Thunder is being pushed to an earlier release date as a result.

The third Spider-Man film, staring Tom Holland in the titular role, was supposed to be released on July 16th, 2021. It’s since been pushed back to November 5th, 2021. At least it will remain in the Marvel Cinematic Universe — Holland helped save the franchise, allegedly by convincing Disney to sign a new deal with Sony after they originally broke off negotiations, last year.

Meanwhile, it looks like Spider-Man: Into the Spider-Verse 2 won’t hit theaters until way later. After originally being scheduled for an April 8th, 2022 release date, the animated sequel will now come out on October 7th, 2022. That’s far off, yes, but presumably well worth the wait considering the first feature won the Oscar for Best Animated Feature and the follow-up has been coming together in secret for years now.

The sequel to Doctor Strange is getting shifted, too. Doctor Strange in the Multiverse of Madness has officially been delayed from May 7th, 2021 to March 25th, 2022. A change in date seems inevitable for this one considering Scott Derrickson left as the director and was only replaced by Sam Raimi a handful of weeks ago. According to Marvel head Kevin Feige, In the Multiverse of Madness will play a crucial role in the Phase 4 puzzle that ties into the new WandaVision and Loki series on Disney+.

On the bright side, Thor: Love and Thunder, the fourth installment in the recent Thor narrative, has been moved to February 11th, 2022 — a full one week earlier than its previous date of February 18th, 2022. It will serve as the follow-up to director Taika Waititi’s Thor: Rangarok. The plot isn’t public yet, but we do know that Natalie Portman plays Goddess of Thunder, Christian Bale is in talks to join the cast, and the Guardians of Galaxy crew will appear at some point, too.

All of this news comes just days after Disney shifted its entire release schedule. A worldwide quarantine was bound to temporarily alter the way the movie industry works, but it can be hard to follow all of the updates, even as an avid film-goer. Find a list of all the movies (as well as festivals and other cultural events) that have been impacted by the COVID-19 outbreak here.