Stephen King Reads From New Book If It Bleeds: Watch 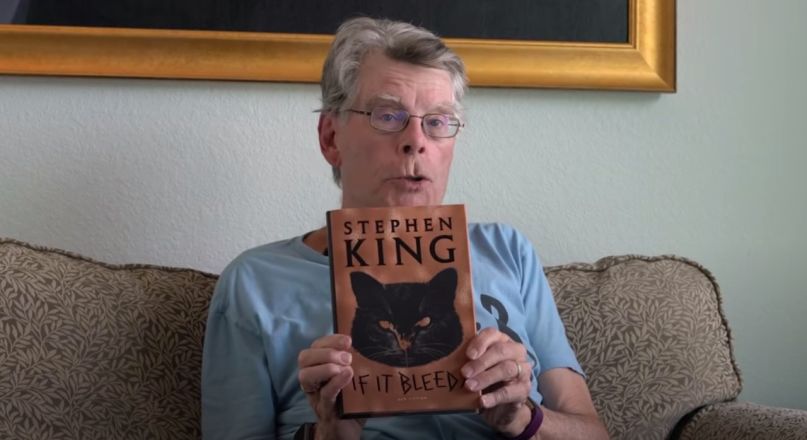 Stephen King Reads If It Bleeds

Stephen King jumped into the live stream game on Friday afternoon. The Master of Horror flipped on the camera to read the first chapter from his new book If It Bleeds. As previously reported, the book collects four different novellas — similar to Different Seasons or Four Past Midnight — and is available for Constant Readers on April 21st.

Wearing a Loser/Lover shirt from It: Chapter One, which is just all kinds of charming, King read from the first novel Mr. Harrigans Phone. The story continues the author’s mistrust of technology in the vein of Cell, and should make us all think twice about our respective smart phones. So, think about that as you watch King from your couch.


Other stories in the novellas collection include Rat, which follows an author’s deadly fate a la The Dark Half; The Life of Chuck, which captures a global catastrophe told backwards; and the titular novella that brings back everyone’s favorite PI Holly Gibney, who was most recently portrayed to perfection by Cynthia Erivo on HBO’s The Outsider.

Order a copy now and stay tuned to The Losers’ Club, our Stephen King podcast that covers everything and anything in King’s Dominion. Rest assured, they’ll be digging deep into these stories in the weeks ahead. Below, you can hear ’em chart out everything coming from King in 2020, including new miniseries to color your quarantine.