Canadian outfit hopes they "offer some peace in these troubled times" 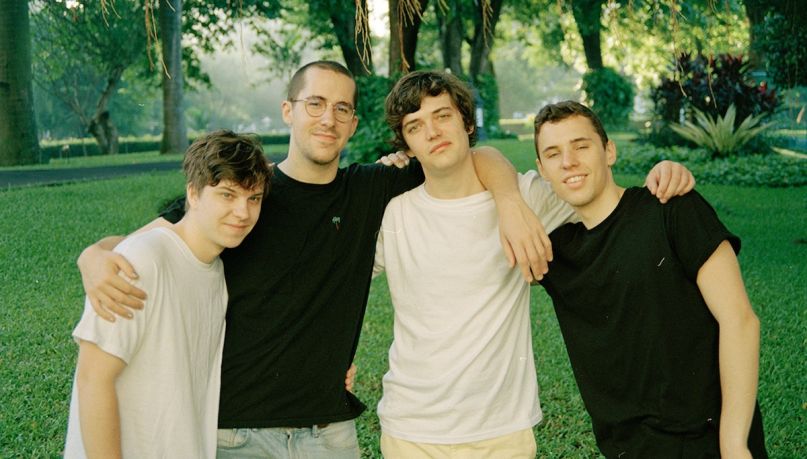 2018 was a prolific time for BadBadNotGood, what with their collaborations with Thundercat, Kali Uchis, and Little Dragon. They even managed to squeeze out a cover of Kanye West’s “Ghost Town” during Paris Fashion Week. The jazz fusion outfit ended up taking a break after that busy year, and used that time for “reflection and the opportunity for us to explore all sorts of things.”

But now that period of rest is over and BadBadNotGood have re-emerged. The Toronto natives are showing fans what they learned during their explorations via two new songs, “Goodbye Blue” and its instrumental counterpart “Glide (Goodbye Blue Pt. 2). The former features vocals from Jonah Yano, who previously lent his vocals to BadBadNotGood’s “Key to Love (is Understanding)”.

While the tracks include flashes of percussion, both are serene listens at their core — the kind of arrangements that take you on a ride to any place else but the present. And that’s precisely what the band had in mind. “We hope that everyone enjoys these two songs and they offer some peace in these troubled times,” bassist Chester Hansen commented in a statement.