The reunited outfit's first LP since 2011 is expected this year 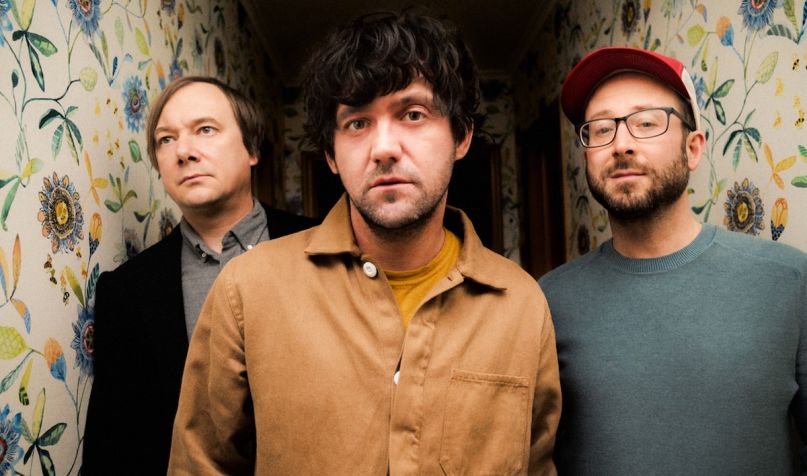 Bright Eyes masterfully returned last month with “Persona Non Grata”, their first single since 2011. The reunited outfit is back today with a second preview of their forthcoming comeback album. It’s titled “Forced Convalescence” and features additional contributions from members of the Red Hot Chili Peppers and Queens of the Stone Age.

Burnt-out by the modern world, band leader Conor Oberst here strives to push forward into the future. “Just keep tagging along/ Until the feeling is gone,” he sings at one point in his distinct cadence.

On “Forced Convalescence”, Oberst and fellow longtime members Mike Mogis and Nate Walcott are joined by RHCP’s Flea on bass, as well as QOTSA’s Jon Theodore on drums. These assists might seem a tad random, but Flea has previously praised Bright Eyes’ catalog. “Conor oberst and Nate Walcott can write the f*ck out of a song,” the bassist tweeted June 2019.

Bright Eyes’ new album is still without a title and release date, but Oberst confirmed that it will be out “this year no matter what.” The emo-indie band was supposed to embark on a highly anticipated reunion tour later this summer, however, those dates are currently being “rearranged” in light of the global pandemic.

While you await more news, perhaps revisit both I’m Wide Awake, It’s Morning and Digital Ash in a Digital Urn; the two Bright Eyes albums are celebrating their 15th anniversary this year.