Our first preview of her upcoming album How I'm Feeling Now 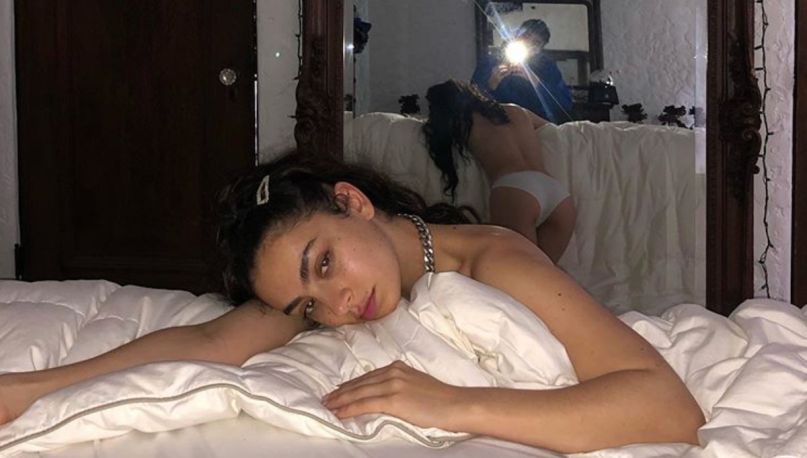 Charli XCX photo that inspired the "Forever" artwork via Instagram

In addition to holding regular livestreams on her Instagram, Charli XCX has been spending her time in quarantine working on a new album. Dubbed How I’m Feeling Now, it’s being teased today with the first official single, “Forever”.

An emotional number, it sees the English-born pop star wrestling with intimacy issues — especially during this time of social distancing. “I’m so far away/ Sometimes I’m distant/ You might help me/ Intimacy/ I’ll admit I’m scared,” sings Charli. According to a statement, the track was written this week over the course of just two days with help from fellow co-executive producers A. G. Cook and BJ Burton.

Stream the full thing below. Update: Charli XCX has shared the fan-sourced video for “Forever”, which features selections from over 5,000 Angel-submitted clips of tender momements in isolation and memories of pre-lockdown life. Watch it below.

As with the entire record, the 27-year-old artist called on her fans to weigh in on various creative aspects for “Forever”, such as the photo that would serve as the basis for the single’s different artworks (illustrations were later made by Seth Bogart, Regards Coupables, and past collaborator Caroline Polachek). Charli will continue to hold Zoom meetings and source input for the new album up until it officially drops May 15th.

How I’m Feeling Now comes less than a year after her superb self-titled album, which Consequence of Sound named one of the best of 2019. In recent months, Charli put out a Nintendo song called “We are Born to Play” and hopped on a 100 gecs remix of “ringtone”.