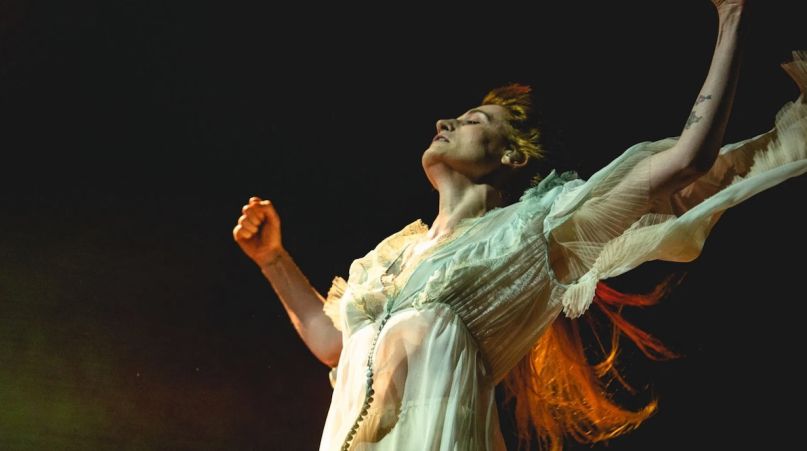 Florence and the Machine have released a new song called “Light of Love”. It’s streaming in full below.

According to Florence Welch, the track was originally recorded during the sessions for 2018’s High As Hope, but didn’t make the final cut. “But I thought I would release it at midnight tonight, as a little token of my love,” she wrote on Instagram. “I love and miss you all so much. With you in spirit from South London lockdown.”

Sharing “Light of Love” is also a gesture of goodwill, as all proceeds from the song will benefit the Intensive Care Society, which supports doctors, nurses, and other healthcare professionals working on the front lines of the pandemic.

Although the track is only seeing the light of day now, it was actually referenced in Don’t Go Blindly Into the Dark, a 2019 illustrated book from Vincent Haycock, who’s directed a number of Florence and the Machine videos over the last decade. The project is named after one of the lyrics from “Light of Love”.

Last year, Florence and the Machine reissued a 10th anniversary edition of their debut album Lungs.