Mykki Blanco Teams Up with Devendra Banhart on New Single “You Will Find It”: Stream

"I wanted to make a song with one of my heroes," Blanco says of the collaborative track 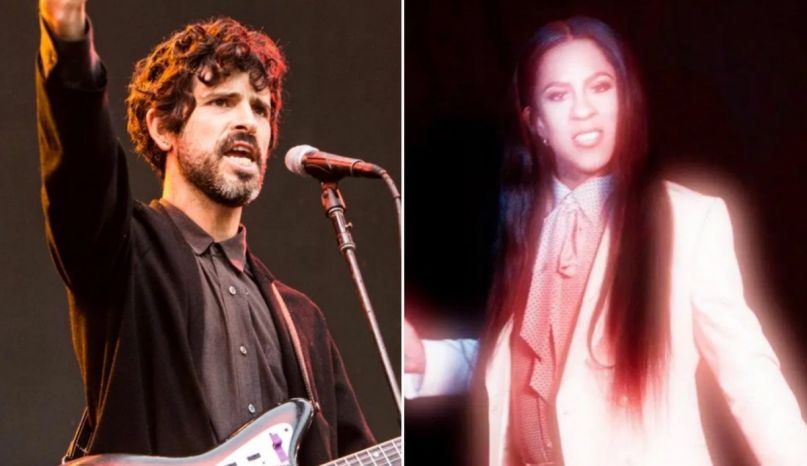 Earlier this month, queer rapper Mykki Blanco returned with a fiery track called “PATRIARCHY AINT THE END OF ME”. Today, they’re following that up with another new song called “You Will Find It”, which features psych-folk musician Devendra Banhart.

It’s a stark change of pace from the snappy “PATRIARCHY”, as Blanco and Banhart take turns cooing warmly over sparkling guitar leads and steamy hand chimes. In the one verse Blanco does actually rap on, they set a scene of lit sage and Lady Gaga and then drop lines like, “Ride that dick like a rodeo rockstar.” It’s hard not to crack a smile at the palpable joy they were feeling in the booth. Take a listen below.

In a statement, Blanco revealed that the track was initially meant to be an interlude on their upcoming album. However, after hearing Banhart’s contribution, Blanco and their producer FaltyDL decided to flesh it out into a full song. “It felt right to release this song now,” they said. “I felt like I had this capsule of really good energy and I needed to release it now and not wait but let the vibe be felt now in this really anxious moment — so it can feel like a light hearted mini mediation amidst all the current noise.”

Blanco also shared that they had been longing to make a song with Banhart for some time now. “I wanted to make a song with one of my heroes just like a few years ago when I made a song with Kathleen Hanna. I had met him a few times now playing the same festivals in Europe and he was just open and it felt like a full circle moment.”

In his own statement about their collaboration, Banhart said that “self-love, self-discovery and self-knowledge run through Mykki’s flow, this is THE time to explore those three gems… Thank you for letting me be a part of your beautiful world dearest M, I love you.”

There’re still no details on the name, tracklist, or timeframe for Blanco’s new record, which will be their first since 2016’s Mykki. However, we’ll take it as a good sign that they’ve released two new songs this month after years of no new solo material.

Revisit Banhard’s recent appearance on Kyle Meredith With… below.