Tekashi 6ix9ine Released From Prison Early Due to Coronavirus

The rapper suffers from asthma, which makes him more vulnerable to COVID-19 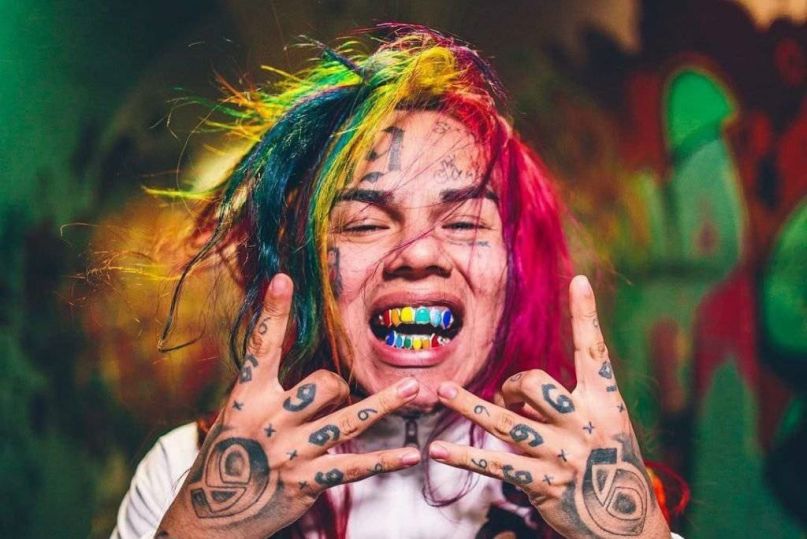 Tekashi 6ix9ine has been granted an early release from prison amid concerns over the coronavirus. The rapper’s legal team requested he be freed because he suffers from asthma, which puts him at a greater risk to become ill from the virus. The federal judge overseeing the case agreed and is allowing 6ix9ine to serve out the remaining four months of his sentence in home confinement with a GPS monitor.

Born Daniel Hernandez, Tekashi 6ix9ine originally faced 47 years to life behind bars after he and a number of associates were arrested in November 2018 on a slew of federal charges, including attempted murder, assault, racketeering, conspiracy, firearms offenses, and narcotics trafficking. Although he initially pleaded not guilty — he claimed his gangster image was just “an act” — 6ix9ine eventually agreed to cooperate with prosecutors in exchange for a lighter, 24-month sentence. He had been scheduled for release on August 2nd, 2020.

As part of his deal to become a cooperating witness, the rapper admitted to being involved in an attempt to kill a rival gang member, ordering the shooting of Chief Keef, armed robbery, selling heroin, and other crimes. While on the witness stand, 6ix9ine also spoke openly about the countless crimes he committed with fellow Nine Trey gang members, such as the time he ordered an assault on rival rapper Trippie Red and was party to a shooting of Casanova at Brooklyn’s Barclays Center.

As part of his home confinement, 6ix9ine will only be allowed to leave for medical treatment or to visit his attorney — and he must receive pre-approval from his probation officer. As he’s rejected witness protection, he’ll also need to provide his own security to safeguard himself against potential gang retaliations. Fortunately for him, he has $10 million at his disposal after signing a new record contact.