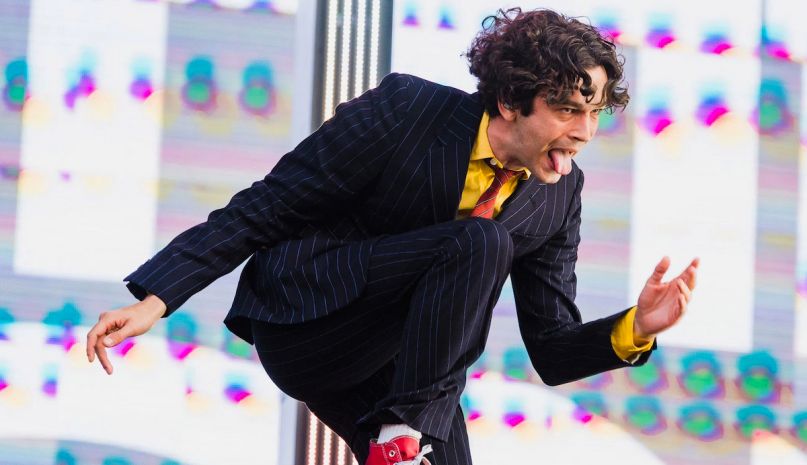 The 1975 may have once again delayed their forthcoming album, Notes on a Conditional Form, but they’re keeping fans plenty satiated with a spate of singles. After releasing “Me & You Together Song”, “The Birthday Party”, “People”, and the Phoebe Bridgers-assisted “Jesus Christ 2005 God Bless America”, the British band is back today with “If You’re Too Shy (Let Me Know)”.

Already a fan favorite from numerous live performances, the studio version features background vocals from FKA twigs. (In fact, it’s rumored twigs and The 1975’s Matt Healy are romantically involved.) “If You’re Too Shy (Let Me Know)” feels like classic 1975: big, hooky, sexy synth-pop, dipping even further into ’80s greatness thanks to a massive blast of sax.

Though bright and bubbly, the song has a very X-rated theme as Healy sings of being hooked on video chatting with a particular lady — and wanting it to go further. The chorus finds him belting, “She said, ‘Maybe I would like you better if you took off your clothes/ I wanna see and stop thinking/ If you’re too shy then let me, too shy then let me know.'”

The song comes accompanied by a black-and-white performance video, which you can watch below. The follow-up to 2019’s A Brief Inquiry into Online Relationships, Notes on a Conditional Form is, finally, supposed to arrive on May 22nd.