Recapping the events that led to the band's demise on April 10th, 1970 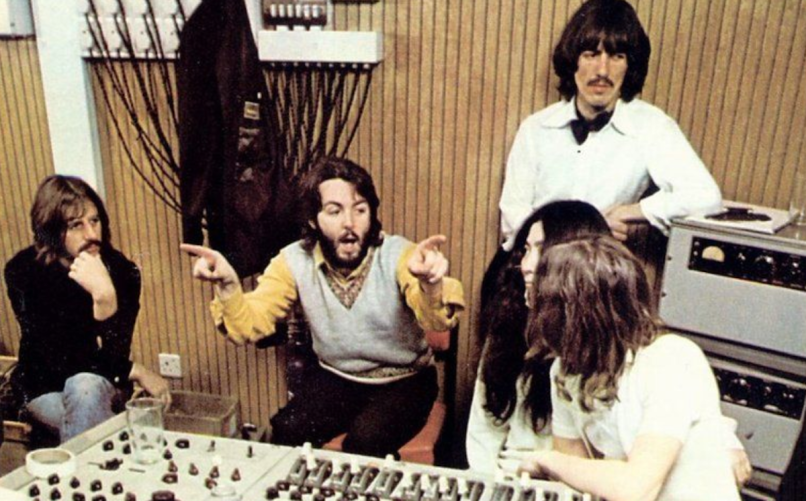 The Beatles recording Let It Be

50 years ago today, Paul McCartney issued a press release for his debut solo album, McCartney. That simple presser, framed as a Q&A between McCartney and himself, would go down as one of the most infamous pieces of publicity in music history — because it was the moment the world learned The Beatles had broken up.

To be fair, McCartney would later claim he was “devastated” by how his quotes were construed, and Ringo Starr said, “This is all news to me” when asked about the split. But as John Lennon hinted at with his own statements — “You can say I said jokingly, ‘He didn’t quit, I sacked him!'” — the end of the greatest band in rock and roll history’s eight year run was already in the cards.

Well before April 10th, 1970, the members of The Beatles had each already separated from the band at least once. George Harrison was the first to back away, only returning when the band agreed to stop touring in 1966. (He was, incidentally, also the first Beatle to release a solo LP, 1968’s Wonderwall Music.) Then Starr left during The White Album sessions, dismayed at the building tensions and McCartney’s cocaine-fueled domineering over the songs. After seeing the success of his project with Yoko Ono, Plastic Ono Band, in September 1969, Lennon was actually the first one to say he wanted to break up The Beatles.

Lennon revealed his desire to end the band during a meeting on the 20th of that month at Apple Records. Just a few weeks earlier, he’d come up with the idea to split songwriting duties evenly between the group on what became Let It Be. The compromise seemingly solved Harrison’s frustration at constantly being sidelined and everyone’s rancor at McCartney’s commanding habits. However, after the Plastic Ono Band’s reception, Lennon’s rage at Macca’s manic control exploded. McCartney brought up the possibility of a new tour to rekindle their creative balance — after all, the January 1969 show on the roof of Apple Corps had given them the spark to make Abbey Road.

“I think you’re daft,” Lennon told him during the September 1969 meeting. “I wasn’t going to tell you, but I’m breaking the group up. It feels good. It feels like a divorce.” The other members were stunned; even Yoko hadn’t seen this coming. But again, the cracks were already there.

McCartney had become hotly dominating over the band’s musical direction after the success of 1967’s Sgt. Pepper’s Lonely Hearts Club Band, as the concept was largely his. Harrison, already annoyed at the Lennon-McCartney dichotomy of the group despite his own acclaimed songwriting, was further irritated by Macca’s consolidation of control.

In an effort to bring everyone back together and show support for Harrison, The Beatles took a trip to India in February 1968 to spend time with Maharishi Mahesh Yogi. Starr left after 10 days, followed by McCartney a week later. The latter had used to retreat mostly for writing (to Harrison’s dismay), while the former wasn’t a fan of the food and missed his family. Lennon, meanwhile, became estranged from his wife, Cynthia, during the stay. He began sleeping in a separate room and ignited his affair with Ono. India was supposed to bring them together, but it only further isolated them from each other, accentuating their differences.

When they got back to London to record The White Album, the dynamic had shifted entirely. Ono was now a constant presence in the studio, often speaking in place of Lennon. Lennon and McCartney quibbled over each other’s songs, and the disputes led engineer Geoff Emerick to quit. McCartney would later call the effort “The Tension Album”, stating, “There was a lot of friction during that album. We were just about to break up, and that was tense in itself.”

Creative differences and the new presence of Ono weren’t the only strains. The Apple Corps business had fallen to The Beatles themselves after the passing of manager Brian Epstein in August 1967. At this point, the band’s members were heavily into drugs and heady on being the biggest band in the world — a poor mix for those meant to steer a financial ship. Eventually, they realized their need for outside help.

McCartney wanted Lee and John Eastman, the father and brother of his wife, Linda, to take over. The others were afraid this would only help him further secure his control. Lennon and Ono sought Allen Klein, the manager for The Rolling Stones. McCartney was wary of his reputation — he was under investigation in the US, and Mick Jagger had even warned McCartney about hiring Klein — but Harrison and Starr soon got on board. McCartney relented, though he refused to sign Klein’s contract in the end.

Then came the Apple Corps rooftop show and the Abbey Roads sessions, creatively fulfilling but no less trying than their other recent projects. Lennon’s declaration of divorce from the band followed, but with a lucrative new royalty deal from Capitol Records in place, he was convinced to keep quiet about the split. McCartney, Harrison, and Starr even began to wonder if this was just a mood that would pass.

McCartney’s disapproval of Klein led to an unfamiliar lack of input on Let It Be. Infamously, he was particularly displeased with producer Phil Spector’s string arrangements on “The Long and Winding Road”, but he never got word to the band before pressing began. It all came to a head when Starr was sent to McCartney’s family farm in Scotland. The drummer delivered a letter from the other Beatles urging McCartney to move the release date of his first solo LP, as it would slot right between Starr’s own solo debut, Sentimental Journey, and what became the band’s final album, Let It Be. Incensed at such a suggestion, McCartney angrily tossed Starr out.

And then, without warning, came the press release:

Q: “Is this album a rest away from the Beatles or the start of a solo career?”

PAUL: “Time will tell. Being a solo album means it’s ‘the start of a solo career’…and not being done with the Beatles means it’s just a rest. So it’s both.”

Q: “Is your break with the Beatles temporary or permanent, due to personal differences or musical ones?”

Q: “Do you foresee a time when Lennon-McCartney becomes an active songwriting partnership again?”

More arguments and court cases followed. McCartney took the legal route to dissolve the band, while Starr, Lennon, and Harrison argued that, despite their bandmate’s difficulties, The Beatles didn’t have to disband. In the end, High Court Judge Blanshard Stamp agreed with McCartney, deeming the group’s disagreements were irreconcilable and thus they could no longer continue as a band.

The other Beatles eventually turned on Klein, and “The Beatles Agreement” was signed on December 19th, 1974 by McCartney, Starr, and Harrison, with Lennon putting his name down 10 days later. It became official on January 9th, 1975.

Exactly why the band split up is a source of contentious fan debate to this day. A look at the months leading up to the official break, however, reveals that it wasn’t truly one thing. It wasn’t Spector’s strings, or Harrison’s preoccupation with eastern philosophies, or drugs, or Yoko Ono, or McCartney’s press release. It was all of it: an abundance of talent and fame and ego. They were the greatest, most innovative, most impactful band in music history; why would we expect their end to be anything simple?