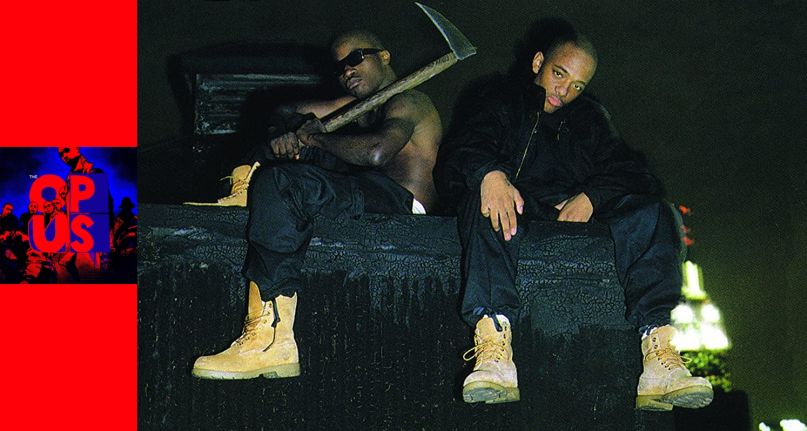 The mid-90’s produced a crowded field chock full of brilliant rap records. With debuts from Nas, Wu-Tang Clan, and Jay-Z, artists really needed to bring their A-game if they were going to try and stand out. Mobb Deep could have easily been lost in the ether, especially given the mixed reception towards their debut album, Juvenile Hell.

Instead, like so many of the artists we’ve covered in The Opus — Miles Davis, Simon & Garfunkel, Ozzy Osbourne, the list goes on — Mobb Deep leaned on that failure to chase their own success. Because without the bitterness of defeat, Prodigy & Havoc may have never been driven to evolve into the powerhouse that created The Infamous.

Join host Andy Bothwell as he speaks with Havoc and Executive Producer/A&R’s Matt Life about the setbacks the duo faced and how they overcame them. We’ll also hear from CSU-Long Beach professor and music journalist Oliver Wang about the story behind the song that changed it all for Mobb Deep, in addition to Evidence of Dilated Peoples and both Slug and Ant of Atmosphere on what sets The Infamous apart from the other titans of the genre.

If you missed past seasons of the series, no worries! You can find a full archive of The Opus here.

In celebration of its 25th anniversary, stream Mobb Deep’s The Infamous – 25th Anniversary Expanded Edition via all major streaming services. You can also enter to win a copy of The Infamous on vinyl — signed by rapper Havoc himself.