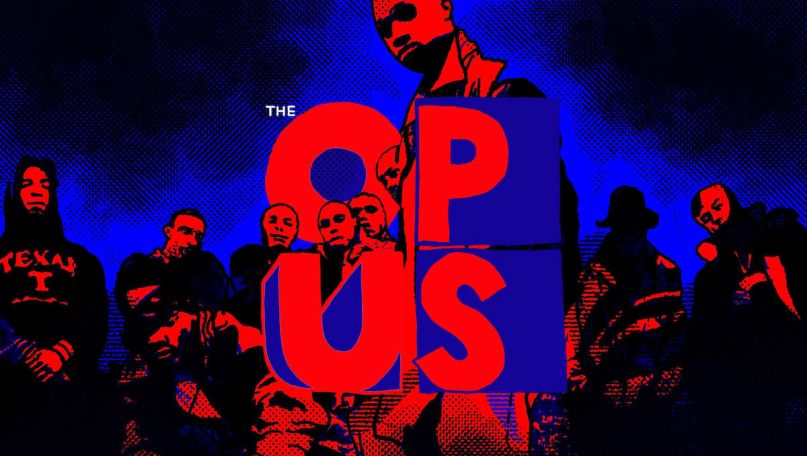 The Opus: The Infamous, art by Steven Fiche

25 years ago, Havoc and Prodigy helped ignite the East Coast hip-hop renaissance with their sophomore album. Rallying fellow New York luminaries like Nas, Q-Tip, and members of the Wu-Tang Clan, Mobb Deep held up a dark, gritty, realistic mirror to their particular world. Using their lyrics like a photojournalist might use their camera, the duo brought listeners into their often haunting and impoverished corner of Queens. Add in the powerfully sparse, jagged production, and you have a record that changed the perception of hardcore rap forever.

“Rap music is a tough sell to some people, especially rap that is dark, vulgar, and upsetting,” says Bothwell. “However, this record is a perfect intro to this world for people, much like with Bitches Brew it is about teaching people to rethink the way they listen to music. I defy people to put this album on at night, in their headphones, go for a walk, and not feel it impact them. The lyrics and production combine so perfectly to create an album experience so vivid, that to listen to this album, is almost like putting on VR glasses. You hear this record, and you are there… in Queensbridge, inside the ‘Survival of The Fittest’.”

The Opus: The Infamous debuts on Thursday, April 23rd — just two days before the 25th anniversary of the LP. Make sure you subscribe now to keep up on all the new episodes. You can also prep for the experience by listening to Mobb Deep’s The Infamous via all major streaming services.