Judging all the students and faculty at Greendale Community College 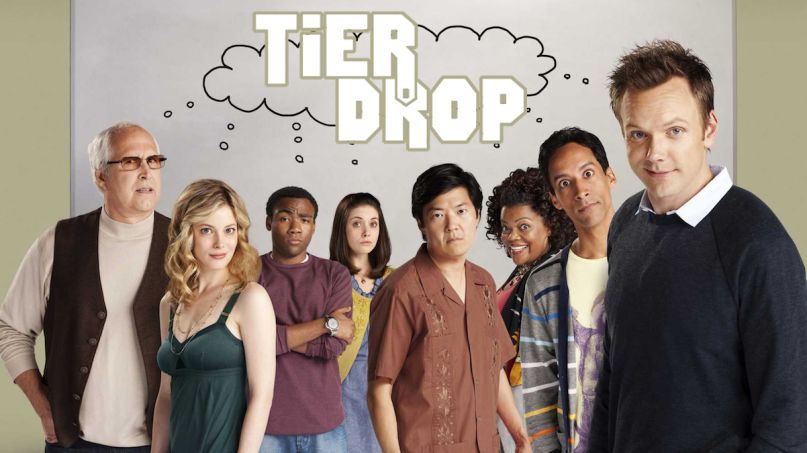 Sharpen those pencils and grab your textbooks, because we’re about to enroll at Greendale Community College. This week on our new Twitch show Tier Drop, we’re loading up the paintball guns and taking aim at the students and faculty of Community.

The hit six-season series from NBC (and, uh, Yahoo Screen) hit Netflix recently, reminding everyone how rich and ridiculous Dan Harmon’s comedy is. A lot of that has to do with the study group themselves: Jeff (Joel McHale), Britta (Gillian Jacobs), Abed (Danny Pudi), Troy (Donald Glover), Annie (Alison Brie), Shirley (Yvetter Nicole Brown), and annoyingly, Pierce (Chevy Chase). But what about the revolving faces around them, like Chang (Ken Jeong), the Dean (Jim Rash), Star-Burns (Dino Stamatopoulos), and Leonard (the late Richard Erdman)?

We’ll go down the class roster and rank them all on the latest Tier Drop, streaming Tuesday April 21st at 6:30 p.m. EDT/3:30 p.m PDT. Video Director Perry Froelich, Content Strategist Ben Kaye, and contributor Dan Yergert, will be handing out the pass/fails.

Head to Twitch to catch it all. You can also check out the rest of our new Twitch programming all week, including watch-alongs with our podcasts The Horror Virgin, The Losers’ Club, and Halloweenies, plus our review show COVID-EODROME.