The man who currently owns the G.W. Zoo says new footage is being shot now 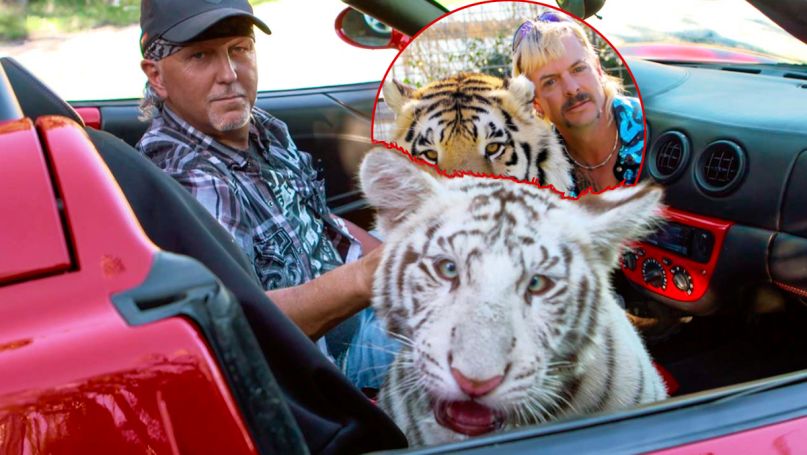 For those who burned through Netflix’s Tiger King within the first few days of self-isolation, Jeff Lowe has some good news. The current G.W. Zoo owner (and worst person on a show filled with terrible people; don’t at me) has revealed that a new bonus episode is coming to the streaming service next week.

The news comes from — of all places — Los Angeles Dodgers third baseman Justin Turner. He and his wife, Kourtney Pogue, were gifted a Cameo from Lowe by their friend Christie Dishner. In the paid-for clip, Lowe and his wife, Lauren, joke that Turner and Pogue “wasted seven hours on us” (because everyone watched Tiger King for Lowe…). Then Lowe drops this bombshell:

“Netflix is adding one more episode. It will be on next week. We’re filming here tomorrow. Take care, stay safe, and put your mask on.”

It’s hard to tell if Lowe says “they’re filming” or “we’re filming,” but it’s probably fair to assume any fresh footage will be captured in accordance withe current social distancing guidelines. What’s harder to parse is what this new Tiger King episode might be.

Will it be a reunion type roundup of how everyone feels about being docuseries phenomenons? Or will we learn new information, like what happened with Lowe and Tim Stark around that new zoo on the Texas border, or what’s up with Lowe’s ongoing legal issues, of what’s going on with Joe Exotic’s $94 million lawsuits?

Netflix has yet to comment on the bonus Tiger King episode.

So our friend @christie_dish listened to the podcast, @HoldingKourt and after last weeks episode decided to send us this!!!