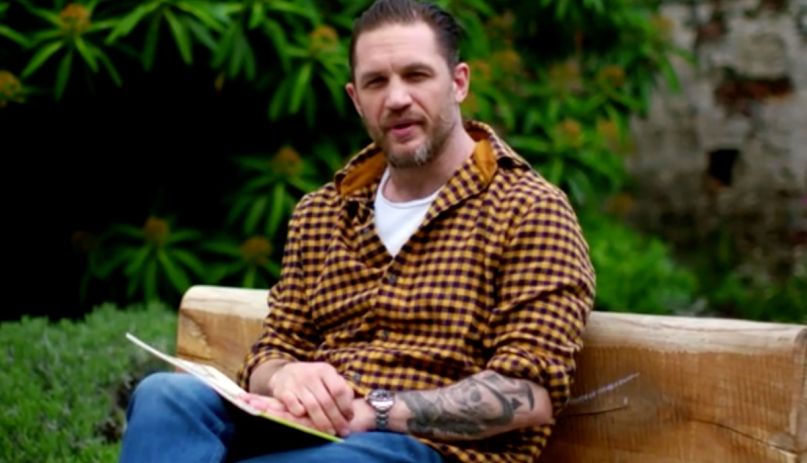 Mad Max and Venom actor Tom Hardy may be known for playing a tough guy on the big screen, but sometimes he just wants a big ole hug. All this week, Hardy will be reading children’s bedtime stories for BBC’s CBeebies.

Monday’s episode saw the Oscar-nominated Hardy read Hug Me, a 2014 story penned by Simona Ciraolo. An endearing tale about friendship, it’s centers around a little cactus named Felipe who longs to feel the warmth of an embrace. Following weeks of quarantine, the story’s theme of social interaction and affection couldn’t be more appropriate.

“Hello. I’m Tom. Now sometimes on a day like this I feel strong and I feel happy, but on other days I want somebody to give me a hug,” Hardy prefaces his story session in a short teaser video. In another clip he says, “So, in the end Felipe found someone to hug. It’s not always possible to hug the ones that you love. But they’re always there, in your heart.” (Aww.)

In the coming days, the 42-year-old English actor will also turn the pages of Under the Same Sky by Robert Vescio and Nicky Johnston; Lizzy Stewart’s There’s a Tiger in the Garden; Don’t Worry, Little Crab by Chris Haughton; and Rachel Rooney and Zehra Hicks’ The Problem with Problems. All episodes will be available to watch via BBC’s iPlayer.

"It's not always possible to be able to hug those that we love, but we must always remember that they are always with us in our heart." ❤️

Join us tomorrow for another sneak peak! 👀 pic.twitter.com/YEgKmjE35g

Hardy previously appeared on CBeebies on 2017, which you can revisit below: