Tool Plan to Write Songs for New EP While in Quarantine 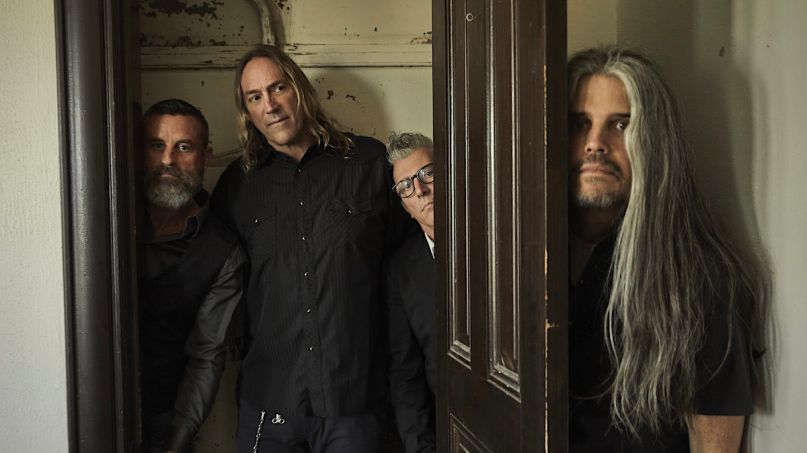 With Tool currently sidelined from touring due to the coronavirus pandemic, the band members are looking to write new music during their downtime. Drummer Danny Carey hopes to begin working with guitarist Adam Jones and bassist Justin Chancellor on songs for a potential new EP.

Carey revealed the news during a bass and drum webinar on Thursday that was presented by the Berklee School of Music, and also featured Chancellor along with members of Megadeth and Korn.

When asked about his current projects, Carey remarked, “I’m hoping, during this downtime, as soon as we’re able, maybe we’ll get together — Justin and I, and Adam — maybe start hashing out some new Tool stuff in the meantime, maybe write another EP since we’re down and we can’t do anything else.”

He added, “I’m just kind of waiting on that, you know, waiting around but – that’s all I’ve really got going on.”

If that’s all Carey has going on, it’s enough to make Tool fans explode with excitement. It took 13 years for Tool to release their latest album, 2019’s Fear Inoculum, so a quick turnaround on new music would certainly be a welcome treat for the band’s devoted followers.

And don’t worry, Carey is not leaving singer Maynard James Keenan out of the mix. The way the band has always worked is that Carey, Jones, and Chancellor first write the music, and Keenan comes in later to add the lyrics.

Tool were set to embark on an extensive spring tour in support of Fear Inoculum, but have postponed the entire outing, which was scheduled through late June.

See Carey talking about the band’s current plans in the video clip below.