The coronavirus pandemic has claimed another cultural landmark 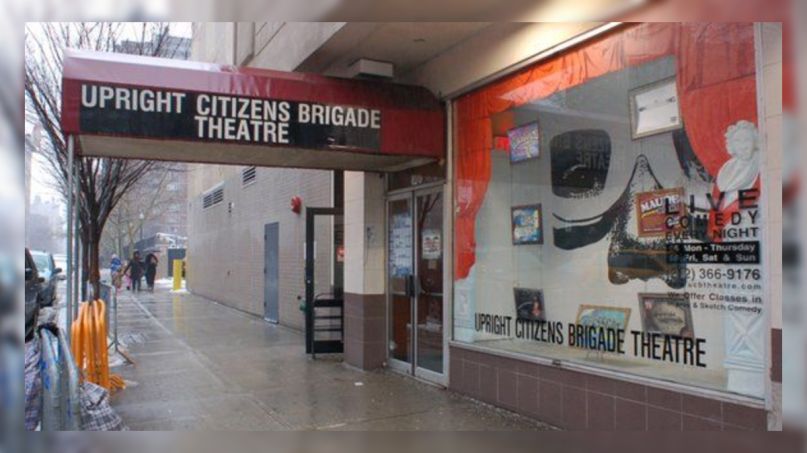 The coronavirus pandemic has claimed another cultural landmark, as the iconic comedy theater and school Upright Citizens Brigade has permanently closed its New York City locations.

UCB stopped hosting shows and classes at its Los Angeles and NYC locations during the early days of the pandemic as cities and states began implementing social distancing policies. With their revenue streams on hold, however, they were soon forced to lay off staff on both coasts. The former employees were reportedly unhappy with how the firings were handled, claiming the company had failed to clearly explain the circumstances. Things have only been exasperated since then, as UCB has announced its theater in the Hell’s Kitchen and training center on 8th Avenue in New York are now shuttered for good.

Troupe founders Amy Poehler, Matt Walsh, Matt Besser, and Ian Roberts addressed UCB’s shutdown and the concerns of its staff in an interview with The Hollywood Reporter. For her part, Poehler admitted that they made “mistakes” in handling the closures and layoffs, promising that “we’re trying to do better.” She added,

“Look, we heard the community when they said, ‘We’re scared too, and we want better communication.’ What’s most important is people know how much we care about this theater, to keep it alive. We can’t control many things, but we can control being transparent. We’ve watched so many different business[es] try to figure out how to navigate this, and we’re trying our best to be human … UCB, at the end of the day, is a human organization made up of people. I think we did make mistakes, and we’re trying to do better.”

The UCB4, as they’re known, further addressed the future of UCB in a letter to community members. While the Los Angeles facilities will remain in “indefinite shutdown” in hopes of returning “when restrictions are lifted,” they explained, “paring down” the New York arm “to the size we were when we started is our best chance for survival.”

Even prior to the pandemic, UCB had a history of financial struggles. In recent years, they laid off a number of sales and marketing employees and shut down their East Village theater in 2019. The high cost of New York City rent and property taxes were a contributing factor. The UCB4 noted that the termination of “the New York leases is not a cure-all for the financial health of the organization, but one of many changes we will need to make as we restructure our organization moving forward.”

Even still, UCB’s school and theater will continue to exist in New York City in a “pared-down form, which will be very similar to how we operated when we first started in NYC over 20 years ago.” To that end, UCB is working with NoHo venue SubCulture to hold shows, while also planning on continuing to offer instruction at “various locations across the city that we will rent on a pre-class basis.”

Below, read the entire email (via SlashFilm), and find the full interview at THR.

It is with tremendous regret and sadness that we inform you that, due to the unforeseen disaster that is COVID-19, we have made the heart wrenching, but necessary, decision to close down the UCB Hell’s Kitchen Theater and the 8th Avenue UCB Training Center in New York City. This is devastating to us, but for some time now, even in a normal, robust economy, we have barely been able to pay the high rents in New York City for the Hell’s Kitchen Theater and the Training Center. Given the indefinite shutdown of all theaters and schools in both Los Angeles and New York City and the anticipated slow and uncertain return to normal when restrictions are lifted, we cannot afford to continue on in our New York City leases. Terminating the New York leases is not a cure-all for the financial health of the organization, but one of many changes we will need to make as we restructure our organization moving forward.

The UCB is not leaving New York City. The school and the theater will continue on in a pared-down form, which will be very similar to how we operated when we first started in NYC over 20 years ago.

We love our relationship with SubCulture, and we are working with them on a path forward to continuing our shows in New York City.

We will also continue to offer as many classes as we have students who are interested in taking them. However, they will be taught at various locations across the city that we will rent on a per-class basis.

We will continue to serve the New York City community to the fullest extent we can. We are open to the possibility of again having our own facilities in New York in the future if we can find an economically feasible way to do so.

We want you to know that our decisions regarding NYC were not made lightly or without careful consideration of the people affected by them. We understand that these decisions will have a negative impact on many people but paring down to the size we were when we started is our best chance for survival. It will allow us to continue to serve as much of the community as possible, rather than simply to shutter the NYC arm of the organization.

We realize that UCB Hell’s Kitchen was a special place for so many of you. For some, it was the first place you performed improv, for others, it was your home away from home. Throughout our over 20 years as theater owners, we have had to move on many occasions, and each time has been incredibly painful. We know that the UCB NYC community, in particular, has had to suffer several changes and moves in the past decade. If we have learned one thing throughout this process, it is that the space is only as good as the people who fill it. Moving forward, we are hopeful that we can slowly grow to offer space and opportunities to as many New Yorkers as we can.

The Hell’s Kitchen space was home to many amazing shows and performers. We thank the staff for their hard work and commitment, especially our artistic director Michael Hartney for his tireless dedication.

We understand that this email will bring up a lot of feelings and even more questions. We ask for your patience as we try to institute new policies. We will keep you informed as best we can along the way. The UCB4 has heard your feedback asking for better communication, and we are committed to doing a better job moving forward.

Thank you to everyone in the Upright Citizens Brigade community for your love of improv and passion for the art of comedy. Know that we are trying to continue to offer services and opportunities to as many people as we can. Our hearts go out to all the people who will be impacted by our downsizing. We wish everyone in the UCB community health, success, and artistic fulfillment.