Acoustic performance was part of the Isol-Aid Festival on Instagram 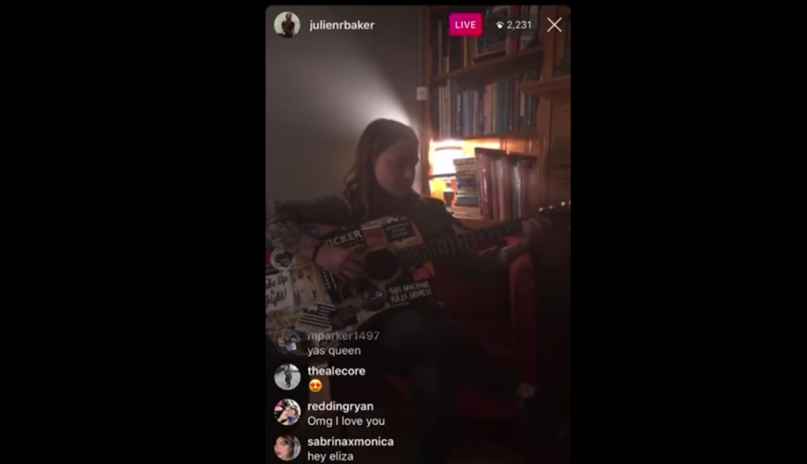 While we’re all cooped up indoors, musicians across the globe are turning to social media livestreams to connect with their fans — and treat them to some unreleased music. On Tuesday, Julien Baker debuted a new song called “Mercy” while playing the Isol-Aid Festival on Instagram.

The unveiling of “Mercy” came toward the end of the indie songwriter’s solo acoustic set. “I’m going to play one more song,” Baker prefaced, as she sat on a couch in her home. “It’s a new one, it’s not newly-written, but it’s not a record, or anywhere.”

During the livestream, Baker said the tender “Mercy” is about “other people, showing you how to be a better person by a better a person to you…which is an important and necessary lesson, and probably one of many that we’re all learning.”

Elsewhere in her set, Baker covered the 1972 Big Star ballad “Thirteen”. The boygenius member also performed her own originals, “Red Door” from last year and 2017’s “Distant Solar Systems”. She closed out her appearance by encouraging fans to donate to the Support Act, an Australian nonprofit that helps music industry workers affected by COVID-19.

Watch Baker’s entire set below (scroll to 14:07 for “Mercy”). Baker and the rest of boygenius recently collaborated with Hayley Williams on the single “Roses/Lotus/Violet/Iris”.