The married couple offer an intimate, soothing take on "I Wonder If I Care As Much" 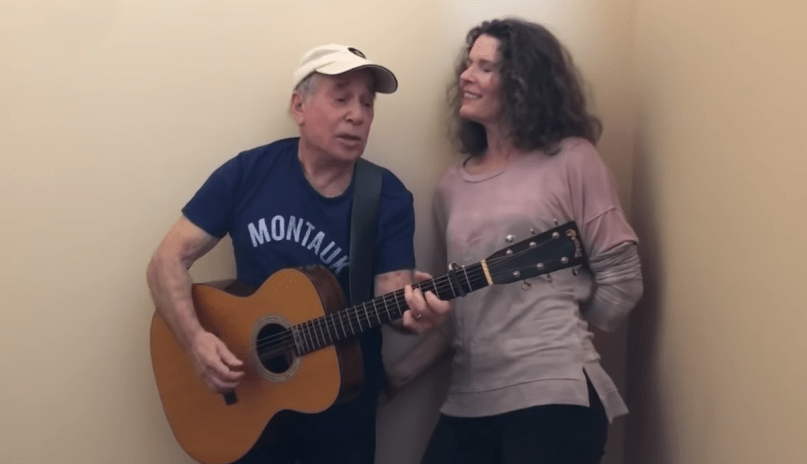 With lockdown orders in place around the country, musicians have been livestreaming concerts from their very own homes on a regular basis. Despite largely retiring from performing, Paul Simon recently staged such an event and it couldn’t have been more intimate.

On Monday, Simon and his wife, Edie Brickell, offered up a lovely and soothing stripped-down cover of The Everly Brothers classic “I Wonder If I Care As Much”. Performing in an empty room, with Simon on acoustic guitar, their combined harmonies served as a balm for our anxious times.

This week’s cover follows Simon’s acoustic version of “The Boxer”, which he delivered from self-isolation back in March. Simon also recently appeared as part of Willie Nelson’s Luck Reunion livestream.

Earlier this year, The Opus spotlighted the Simon and Garfunkel album Bridge Over Troubled Water. Revisit episode one ahead.