Deep cut was last played live back in 2010 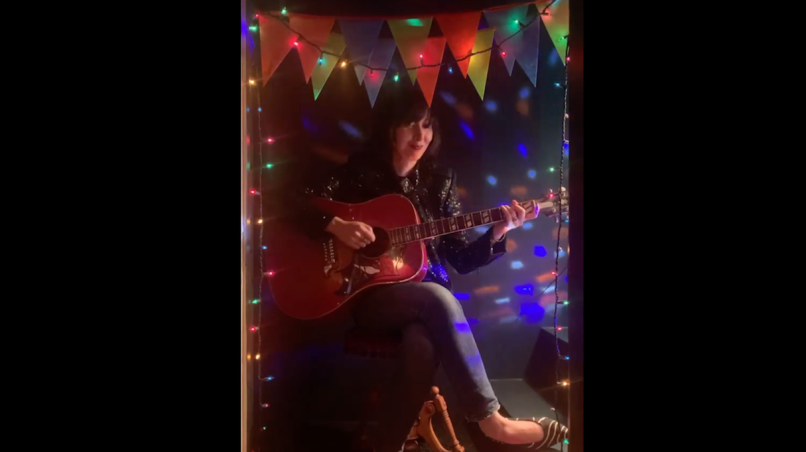 Earlier this year, Karen O said she was “ready to make” new music with Yeah Yeah Yeahs again. “It feels like time to have something new out there,” the frontwoman excitedly noted. The pandemic lockdown has likely disrupted the band’s studio plans for the time being, but Karen O has tided fans over with a performance of a major YYY deep cut.

As Stereogum points out, Karen O dusted off “Our Time” during a quarantine livestream on Instagram on Sunday. Taken from the indie rock group’s 2001 self-titled debut EP, the track was last played live way back in 2010 in New York City, per Setlist.fm records.

“We’ve been in quarantine for exactly a month now and I just wanted to sing a song for you. This is the first song I ever wrote for the Yeah Yeah Yeahs,” Karen O prefaced her solo rendition. The video, adorably introduced by Karen O’s child, sees the singer performing in what looks like a house closet decorated with colorful lights and banners. Her Instagram caption reads,

“So maybe you hate the year so far — don’t blame you if you do — it’s the year to be hated. Here’s a YYY deep cut from my heart to yours, and f*ck yeah for everyday you make it through knowing somehow it’s gonna be alright. but couldn’t do it without the essential works. thank you we love ya!”

Watch the full “Our Time” performance below.