Hundreds of Hours Worth of 1980s-Era MTV Programming Uploaded Online

Video countdowns, Headbanger's Ball, 120 Minutes, and more... all in their original VHS glory 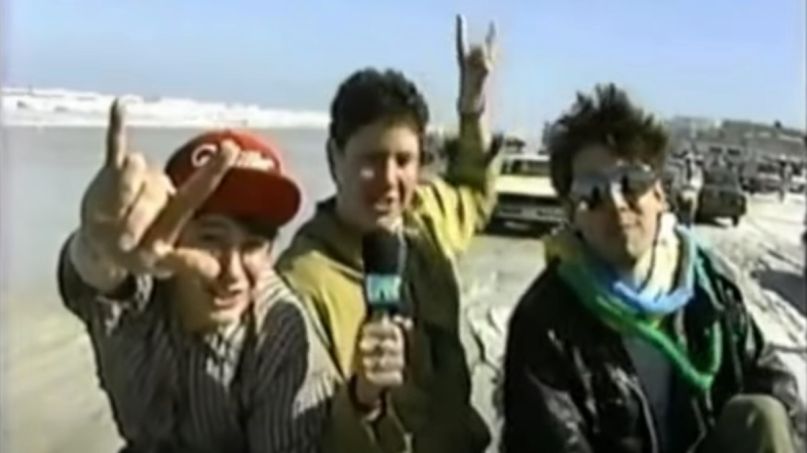 We want our MTV now… and, in a way, it looks like we got it. After years of missing the channel’s glory days, one Internet Archive user has been steadily uploading VHS recordings of MTV’s early years in the ’80s and ’90s, reports BrooklynVegan. There’s hundreds of hours’ worth of footage online there and it’s all free to watch.

The MTV collection is being uploaded chronologically under the apt title “’80s MTV VHS Recordings 1981 to 1989 Collection”. So far, most of the footage features everything you would have seen live on TV as it aired, including the network’s promos and now-outdated commercials. It begins with the dawn of MTV: the channel’s August 1st, 1981 debut where they introduced themselves by way of The Buggles’ legendary and topical hit “Video Killed the Radio Star” before moving on to Pat Benatar and Rod Stewart.

Whether you’re the type of person to rank every Beastie Boys album or someone who misses busting a move to Club MTV back in the day, then there’s plenty of footage for you on here. Nearly all the greats have been cataloged already, including video countdowns with VJ Kevin Seal, Headbanger’s Ball episodes with Riki Rachtman, Spring Break 1987 with Beastie Boys, heavy metal coverage like Twisted Christmas with Dee Snyder, and even the all-day Live Aid coverage of 1985.

For the complete collection — which is being updated regularly as we speak — head over to the Internet Archive.

Sometimes giving in to the nostalgia train is fun. Since you’re already onboard, it’s worth pointing out that the cast of The State reunited to celebrate the 25th anniversary of “Porcupine Racetrack” by having everyone, from Michael Ian Black to Joe Lo Truglio, hop in front of their cameras to recreate the classic. Hell, if we’re all stuck indoors, we might as well revisit the things that make us happy.