Gaiman was apparently caught off guard by her announcement 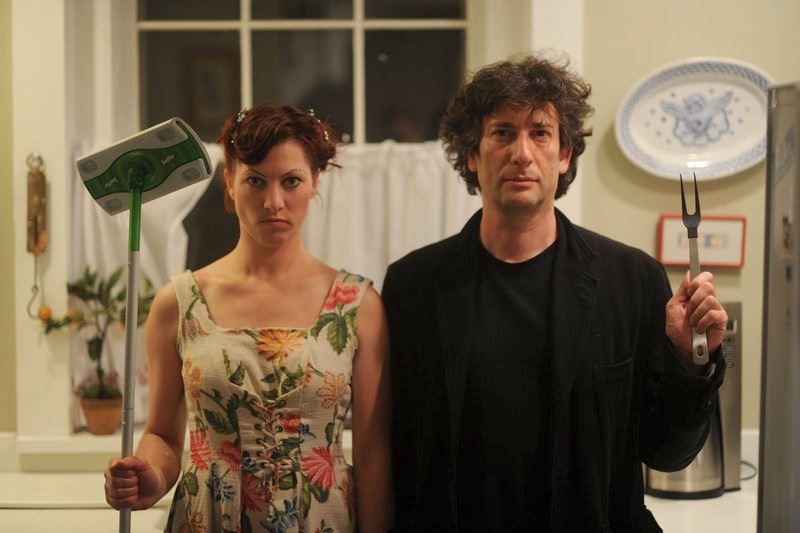 The Dresden Dolls singer Amanda Palmer and fantasy author Neil Gaiman have separated. On Sunday night, Palmer broke the news on her Patreon by revealing that Gaiman is living in the UK while she and their son quarantine in New Zealand. On Monday morning, Gaiman took to Twitter to express surprise at her sharing the news without his consent and he requested privacy moving forward.

Allegedly an influx of queries regarding Gaiman’s location prompted Palmer to write the Patreon post and make it public, as she assumed that “he’s finally told the internet that he’s left New Zealand.” Palmer confirmed that she’s in lockdown in New Zealand with their four-year-old son, Ash, and said that their break-up is not a result of COVID-19 or lockdown. “All I can say is that I’m heartbroken, I really am profoundly struggling, and I need to call my community to me like never before,” she wrote.‬

For the rest of the post, Palmer spoke about how lonely she’s feeling and the difficulty of the situation in general. “It appears that I was was on tour for a year talking about the extreme dark and light for a reason,” she wrote. “I was in training for this week. It seems that my life was not rehearsal for my show… The show was a rehearsal for my life.”

Palmer’s note doesn’t give a reason as to why the married couple split, but apparently it revealed too much anyway. Gaiman seemed shocked to discover the general public was now aware of their personal struggles. On top of that, he seemed upset that there was no head’s up notice.

“I see @amandapalmer has told people that we (like much of the world) are going through rocky times right now. It is true, we are,” Gaiman wrote on Twitter. “It’s really hard, and I’d like to request privacy (as I’m not going to be talking about it publicly) and kindness, for us and for Ash.”

Palmer has spent recent years sharing new music, limited-access livestreams, and more creative endeavors on her Patreon account. She’s also been busy rallying behind various causes in the public eye, including a ban on Ticketmaster’s concert facial recognition, the necessity of net neutrality, and a protest against Kavanaugh outside the Supreme Court.

to everyone sending me messages of support, rage & condolences – thank you. i’ve got the kid full time in lockdown & wish i could spend time answering.

neil moved to the UK, my heart has been broken, and i am really struggling.

your love & support means a lot to me. thank you.

I see @amandapalmer has told people that we (like much of the world) are going through rocky times right now. It is true, we are. It's really hard, and I'd like to request privacy (as I'm not going to be talking about it publicly) and kindness, for us and for Ash.