From a limited-edition 7-inch single 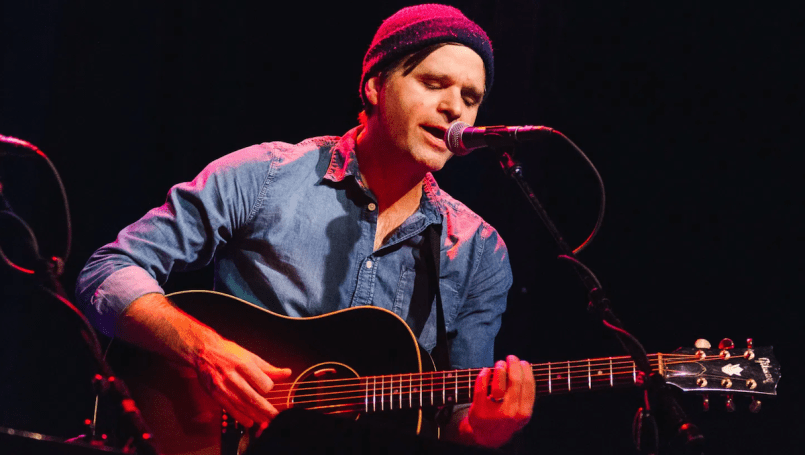 Ben Gibbard may be having one of the busiest lockdowns in music. In addition to covering everyone from Radiohead to Phoebe Bridgers to The Beatles during his weekly livestreams, the Death Cab for Cutie frontman has released the charity single “Life in Quarantine”, performed the song on Colbert, and taken part in a number of charity concerts. Today, he’s back with another new track, “Proxima B”.

The mid-tempo strummer was originally debuted live when Gibbard performed at the Smithsonian’s National Air & Space Museum’s virtual concert Space Songs: Through the Distance. He later played it during his from-home livestream. While both those renditions were acoustic, the studio version of “Proxima B” features complete instrumentation, contemplative synth sounds blowing gently beneath optimistically bright percussion.

In a press release, Gibbard said he’d planned to drop the single timed with a spring solo tour that was put off due to the pandemic. He continued,

“It’s about a planet that was discovered deep, deep in the cosmos, called Proxima B. The three things you need to know about Proxima B to understand the song are: One, there’s a planet called Proxima B that they think has water on it. It’s somewhat Earth-like. Secondly, it orbits the star called Centauri. And three, there’s been a lot of talk of ‘Ooh, maybe we can get there at some point.’ So I wrote this song in response to that.”

“Proxima B” will be available on limited edition 7-inch vinyl and cassette via Gibbard’s resurrected Bedside Recordings imprint. (The last Bedside releases were a pair of split-singles from The Mountain Goats/John Vanderslice and David Bazan/Casey Foubert in 2003.) The single will be backed by a melancholic piano cover of Minor Threat’s “Filler”, which has also been shared.

Stream both songs below, and pre-order the physical editions at the DCFC webstore. Gibbard will also perform the last installment of his weekly livestreams today at 7:00 p.m. EDT, and you can tune in via YouTube, Facebook, or Twitch.