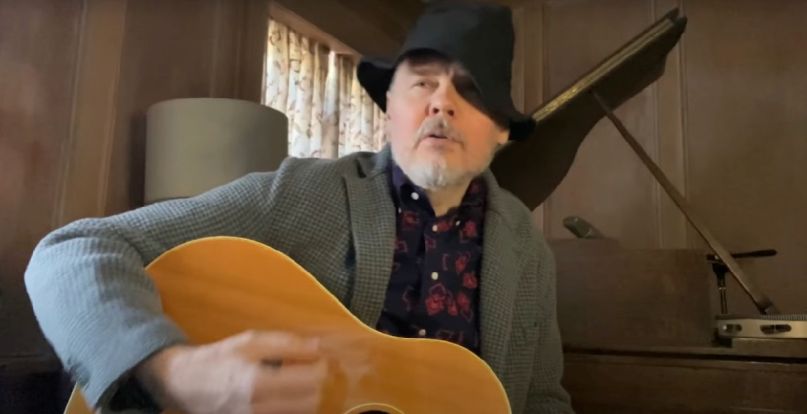 Despite his fondness for far-right, anti-government figures like Alex Jones, Smashing Pumpkins’ Billy Corgan seems to be abiding by stay-at-home orders. He’s even grown himself a quarantine beard (!) — which he proudly showed off during an in-home performance for Monday’s episode of The Tonight Show. Supporting his 2019 solo album, Cotillions, served up a delicate rendition of his song “Hard Times”. Watch below.

Corgan’s Pumpkins were supposed to go on tour with Guns N’ Roses this summer, but obviously that’s no longer happening. On the plus side, it gives Corgan ample time to finish up those two new studio albums he’s been promising.